A Treasury Of Community Ideas

The Common Treasury aims to bring into Hastings the experience of other UK organisations who have effected far-reaching change in their own communities. Driven by Energise Sussex and Jericho Road, and funded by the Big Lottery’s Power to Change programme, it looks for new public spaces (both actual and digital) where ideas can be developed to solve some
of the challenges which the town faces. With the potential to initiate 12 community enterprises, it’s a model for creating clusters of complementary community businesses and initiatives.

On 25th April the first of three planned events was held in the old ballroom at the Azur, traditionally a place of pleasure and connection. There were five inspirational speakers, all illustrating successful community regeneration schemes.

Hazel Tilley spoke about the way residents at Granby, Liverpool reinvented four streets after they were ‘ghetto-ised’ by the council.  Progress was made through residents taking the initiative and collaborating first with each other, then with an architectural practice in London.

Melissa Mean, of Knowle West Media Centre in Bristol, described how they commandeered the furniture budget for a new business park set up by the council to create jobs as well as the art budget (‘for  a nice piece for the foyer’), bought a 3D printer, and trained locals to produce stylish pieces, 600 in five months. This led to a permanent light manufacturing unit which trains people and supplies a wide variety of goods.

Maff Potts gave a moving account of his journey from corporate housing to setting up Camerados, a network of public living rooms maintained by the users and offering a network of friendly support to the community. A Camerados is “heavier than a stranger but not as heavy as a friend’. This has clearly proved a huge benefit in addressing the loneliness that can lead to more serious medical problems.

Alison Paul, of Paxton Green Time Bank in south London, illustrated a model of social cohesion created through people giving an hour of their time in exchange for an hour of assistance whenever they should need it.

Stella Duffy of Fun Palaces described how she and her team are creating events across the UK in consultation with communities which bring people together and foster new connections through art projects. “Everyone is an artist” she said.

The message of the day was that using your initiative, but collaborating with others to share skills, energy and ideas, is the way to greater inclusivity and to find solutions to community problems. Small steps are the way to make progress and, in time, those in positions of money and power will be pulled in to propel the projects forward. The term ‘anchor institutions’ is used on their website.

Clearly the problems in Hastings are specific to this town, and not all solutions from outside can be applied like a Band-Aid. However, as a stimulus to discussion and as a way to focus energies, the event was extremely inspiring and well-run. Though in a speech of 20 minutes or so, there was little time to drill down into the details of why certain strategies have worked, the speakers have most generously offered mentoring for the six ideas which the group identified as things which could be progressed:

• Bringing time banking to Hastings, maybe in a mobile form around the community centres (supported by Alison Paul from Paxton Timebank as mentor);

• Creating ‘a public living room’ on the beach ( Maff Potts from Camerados will be available on the phone for advice);

• Scratch nights where people can bring their ‘half-baked’ ideas to share and develop with peers (Stella Duffy from Fun Palaces as mentor);

• A maker space combined with a library of things where people can borrow useful stuff (mentored by Melissa Mean from Knowle West Media Centre.)

• The website can be found at: http://commontreasury.org.uk It is a model of clarity and provides a very user-friendly space for contributions. 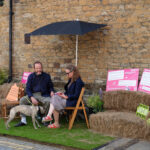 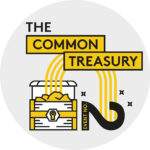 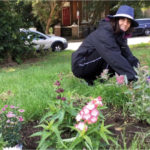