A business owner who privately hires Biffa, a company which describes itself as ‘the number one for business waste’, says she has concerns about it taking over the domestic waste and recycling collections across the county.

Caroline Sweby, owner of the Custom Café on the A259 near Bexhill, has privately hired the company for a year and a half to collect her commercial general waste, glass and mixed recycling.

But missed collections leading to backlogs of waste and recycling on her premises as well as bills for services she says she hasn’t received have prompted her to look elsewhere for a ‘more reliable’ company.

Ms Sweby is passionate about the environment and her staff carefully sort all waste in the kitchen and bar to the point of separating bottle tops, as well as foodstuffs such as bread and different meats which they now send to the nearby animal sanctuary.

However, she was recently horrified when told that a backlog of glass – built up due to missed collections – should be put in her ‘general waste’ bin in order to be collected by the general waste lorry, rather than by a glass lorry.

Her post on Facebook expressing her concerns about where her carefully separated waste was going attracted 275 shares, over 200 comments and reached around 35, 000 people.

“That’s how angry people are about it. We separate absolutely everything and it’s really important to me that it goes to the right place. We don’t make that much effort for it to just go in the general waste.”

“I want to visit their (Biffa’s) facility, I’m going to check out all the other companies and visit theirs as well to see where it actually goes.”

With regard to domestic recycling in the county, Biffa says East Sussex County Council, as the ‘Waste Disposal Authority’ is responsible for the materials collected and what happens to them afterwards. As mentioned opposite, Viridor, which also describes itself as ‘one of the UK’s leading recycling, resource and waste management companies’ has signed a contract with ESCC to receive, sort and process domestic dry recycling across the county. The company was asked by HIP to explain what happens to materials after this, but had not responded by the time of going to press.

But what of business waste and recycling? Where does this get taken once collected? Biffa, one of a number of companies which offer this service, has so far given this reply:

“In the case of private business collections in that area, Biffa offer a weekly recycling collection through a sub-contractor at the moment which therefore would make the contractor responsible for the materials. Contractors used are Haulaway, Suez, Britannia Crest and Light Bros.” 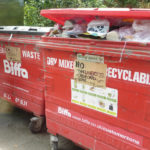 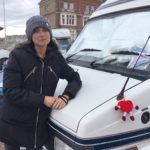