A Day in the Life of a Weather Volunteer

The weather kiosk on St Leonards seafront, erected between the pier and Warrior Square, has been there since the 1930s – part of Sydney Little’s grand seafront scheme. Maintenance of the structure is supported by Hastings Borough Council, and all instruments and stationery by the Met Office. But the daily labour of taking measurements, recording them and issuing the records to the Met Office is undertaken entirely by volunteers. There are five currently, and they could do with another one or two. 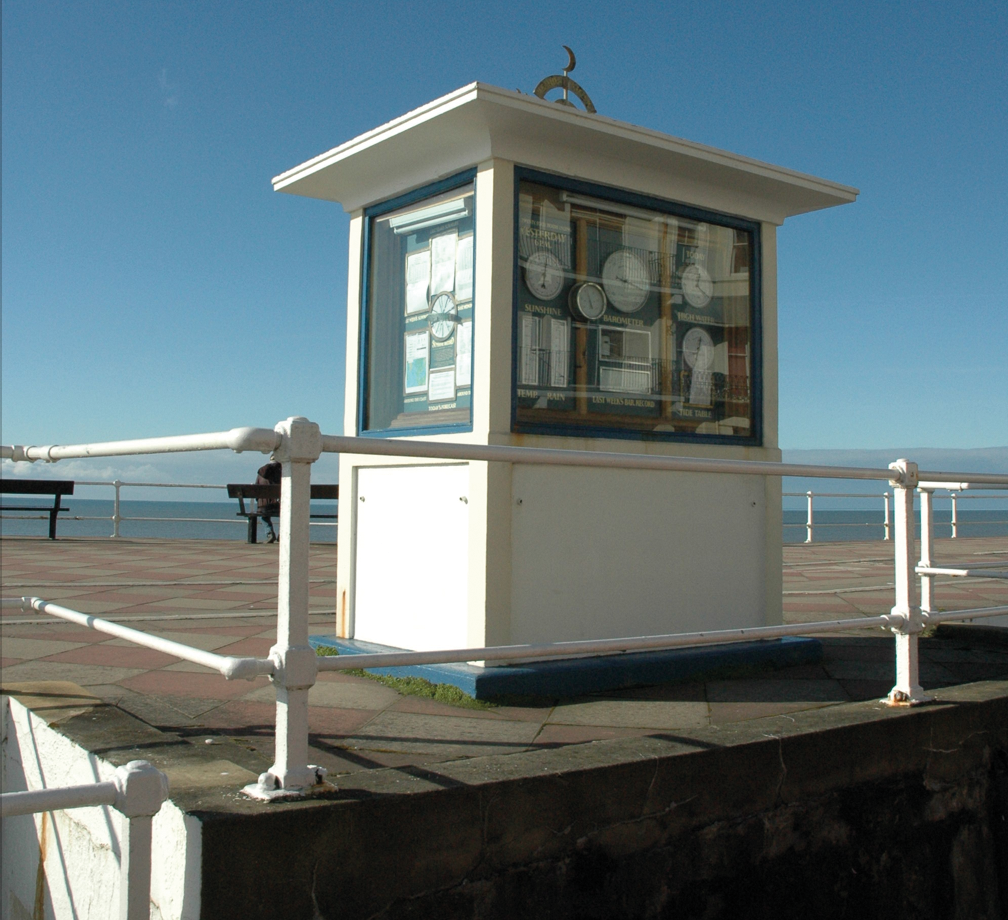 Each volunteer works a seven day week for one week at a time, doing it on a rota in succession, so that’s one week in five.

First call of the day (at 9 am sharp GMT, or 10 am on British Summer Time) is to the roof of the town museum on Bohemia Road, where there is a Campbell Stokes sunshine recorder that measures each day’s hours of strong sunshine. It’s a device invented in 1853 by an Eton-educated Scot from the isle of Islay, (https://en.wikipedia.org/wiki/John_Francis_Campbell) John Francis Campbell, then modified in 1879 by an Irish professor of maths and physics at Cambridge University, Sir George Gabriel Stokes. It is still used all over the world almost 140 years on. The original design by Campbell consisted of a glass (https://en.wikipedia.org/wiki/Sphere) sphere set into a wooden bowl with the sun burning a trace on the bowl. Stokes housed the sphere in metal and set a card holder behind it: direct sun will burn a line or lines of the card corresponding with the hours of its shining. It’s interesting that the two inventors both came from areas of Britain where such hours are fleetingly intermittent; but perhaps less surprising that Campbell ended up in exile in sun-soaked Cannes.

Sunshine hours having been checked and added up, it’s over to a boxed enclosure in White Rock Gardens known as a Stevenson screen, a double-louvred wooden shelter, painted white and raised off the ground, which protects  (https://en.wikipedia.org/wiki/Meteorological) meteorological instruments against rain, snow and direct heat radiation from outside sources, while still allowing air to circulate freely around them. (Stevenson was father of famous author Robert Louis Stevenson, by the way – another Celt with a weather-fixation). Here there are thermometers that measure maximum and minimum temperatures, and a rain gauge. 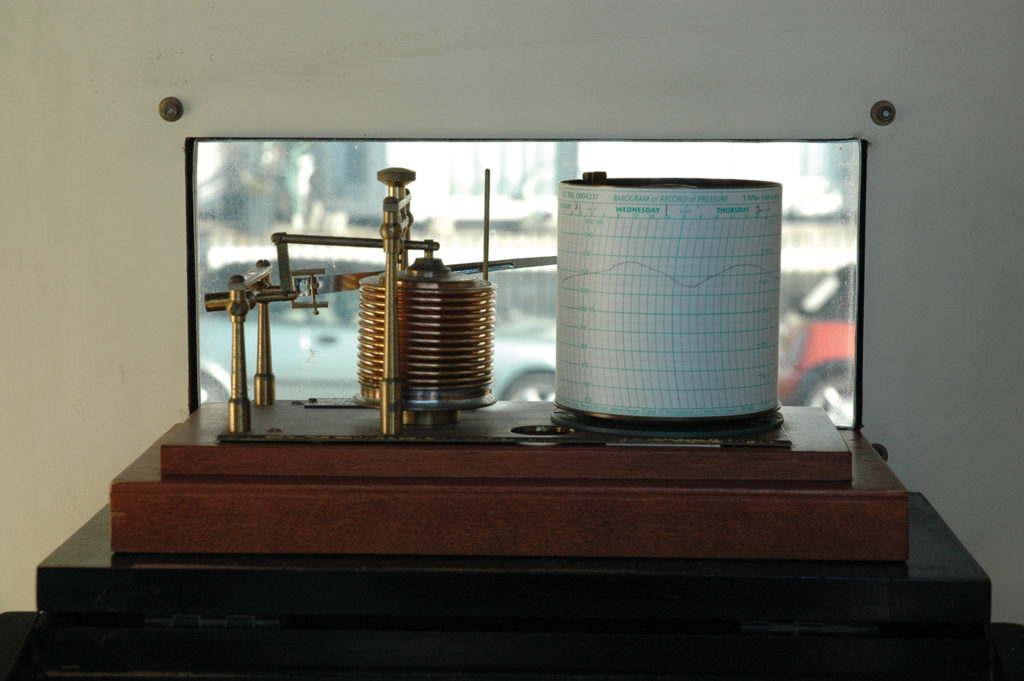 Once the volunteer has taken these readings, he or she will march down to the seafront kiosk to check the barometer and log visibility, extent of cloud cover (increasing or decreasing), and wind direction and speed. Visibility is reckoned on the basis of local landmarks: e.g. the end of the pier 350 metres away as opposed to Bexhill Promenade at 7.5 km and Beachy Head at 26 km.

Wind speed is on the Beaufort scale – and yes, another Irishman, Francis Beaufort, who was Royal Navy hydrographer in Napoleonic times, is responsible for having standardised its measurement on an empirical scale for both land and sea. Force four, for instance, characterised as “moderate breeze” and blowing at between 20 and 28 km per hour (or 11-16 knots) is identified as raising dust and loose paper and moving small branches on land, while causing waves of 1 to 2 metres and fairly frequent ‘white horses’ on sea.

Finally, if the tide is reasonably high and the pier is open, the volunteer walks down to the end of the pier and lowers a thermometer into the waves to measure the sea temperature.

• What are the qualifications for a volunteer? First and foremost, you must be happy to be out in all weathers. Never mind if the rain is torrenting down or an Arctic wind is raking the foreshore: the Met Office need their data. Some facility with the instrumentation is required and then with logging the figures on computer. But these skills can be learnt on the job.  If you think that you fulfil these criteria, and have about one hour to devote to the task each morning of your allotted stint on a regular rota, then please contact Kevin Boorman on Hastings (01424) 451123, or by email at [email protected].