What’s with the Hat?!

If you just stumbled across this photo of a beautiful man you might think it was someone’s lover or friend; you might weave all kinds of stories about it. If you got curious and started digging, then you’d find this image has provenance. It’s all about the hat. It’s a photo of Bhagat Singh, a campaigner for independence in India. Taken in 1929 it was printed widely in the press
despite attempts by the British to suppress it. Why the need for suppression? The fedora was worn by the British men in power. By wearing it, Bhagat symbolically took back that power for the people he represented. The oppressed claimed ownership of the language of the oppressors. Similarly demonstrators protesting recently against Trump’s degradation of women wore knitted pussy hats.

Objects of Dissent
In these cases knowing the context changes our perception of meaning radically. This is one of the themes of Ian Hislop’s entertaining show ‘I Object’ at the British Museum. There are some fascinating examples. A bible of 1631 with a misprint: ‘thou shalt commit adultery’, coins stamped with ‘votes for women’, bank notes with ‘scum’ concealed in a watermark, the cartoon of a bloated George IV with medications for VD on a nearby table. The message in all these cases is pretty unequivocal but consider a delicate painting of a Chinese landscape in which the traditional misty pines have been replaced by pylons. It was intended as a critique of the process of industrialisation but imagine it as an ad for a pylon manufacturer. How well the pylons blend into the landscape! Here it isn’t just the intention and context of the image which assigns meaning, but the ethical stance of the viewer through which it’s either a celebration or a critique of progress. It can be used and abused.

The good, the bad and the ugly
These considerations become most acute with the oldest exhibit: a bulbous female statue from Assyria inscribed with a royal edict promising severe punishment to anyone removing it. Hislop offers up the idea of ‘revenge porn’, imagining the statue as a representation of a rejected royal mistress, purely on the grounds that it is ‘ugly’ and not characteristic of prevailing aesthetics. But, (besides the subjectivity of this judgement) Assyrian aesthetics combine elegance and monumentality in equal measure and their women are indisputably on the chunky side. There just isn’t enough context to anchor a meaning here.

This brings to mind all the difficulties about interpreting ancient works of art. How do we know what they mean, or when we are ascribing meanings to them which they don’t possess? And what the hell?

Using the past for our own creative purposes is of course a legitimate way of enriching our own culture. Loyalty to historical accuracy can be fluid. This is about creating something new and the process makes its own rules for authenticity.

Interpreting the past requires imagination too, but here authenticity is rooted in objectivity. It means being prepared to continuously revise ideas, testing them against evidence and other people’s expertise, and being empathetic to the unfamiliar. Above all it requires having respect for
the original realities however hard they are to uncover. It’s the difference between cooking a meal and being a detective, and those who think if it’s the past, any ingredients will do, are like detectives who’ll settle for any culprit to file away a case or fit an agenda. 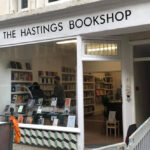 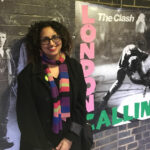