The Odyssey is full of enchantment for its characters and its audience. Some of this comes from the wealth of domestic detail: the preparation of meals and baths, descriptions of romantic gardens, rich palaces. There are moments of magical transformation as when our near drowned hero, who has slept all night in a pile of leaves, gets his hair smoothed into hyacinth locks by Athena, to look handsome for a meeting with a princess. It’s an example of cinematic thinking before film was invented. The scene was recreated in the Bond film Dr. No (1962), with Sean Connery and Ursula Andress. These details intensified the visual experience of the audience, who Plato calls ‘thaumastai’ i.e. visualisers/admirers. They were of course, not saturated daily, as we are, by visual stimuli. 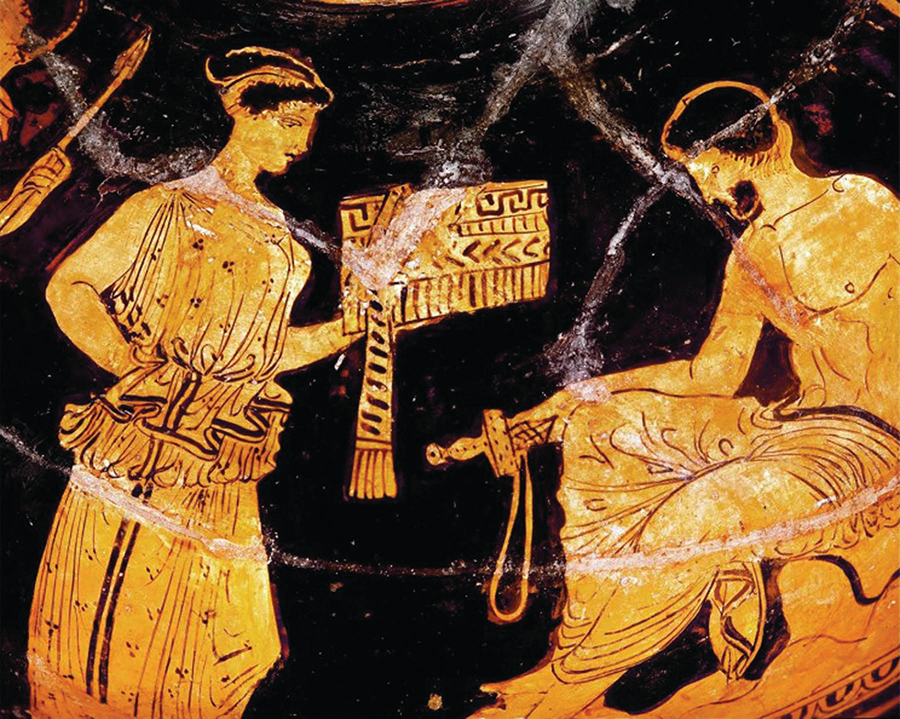 Other enchantments arise in the form of the gods and monsters who direct the action. This personification of natural and psychological forces can seem merely quixotic to us, with our 21st century confidence of being so much more sophisticated. Yet these enchantments can obscure the more powerful elements of the text, the ideas which are the cogent reasons for reading it.

For example, right at the beginning, Odysseus is described as ‘ striving to win his psuchē’ and his ‘nostos’: his life and his homecoming. ‘Psuchē’ is the life force (similar to chi) and it’s a recognisable image of us that can leave the body and visit people in their dreams. It’s nudging towards our idea of identity. This is serious. He’s not just having an awfully big adventure, he is struggling, and his life and return home are what is at stake.

Intelligence and Connection
His companions don’t make it, because they are ‘nēpioi’, usually translated as foolish, it means ‘disconnected’: they have lost touch with their home, their families, their sense of themselves and so they don’t think correctly; they make the wrong choices. This association of knowing how to think and connection with one’s family and home is a constant theme.

The first four books are concerned with Odysseus’ son, Telemachus, his sense of disconnection from his father and his struggle to grow up. Athena has to take on the fatherly role and train him how to think, how to take courage, practise his authority.

No one is more disconnected than Odysseus when we first see him. The goddess Kalypso (kalupto means to hide) has concealed him on an isolated island in the middle of the ocean. He’s entirely alone, trapped by her desire to make him her husband, regardless of his persistent refusal.

We see him weeping on the cliff top, wishing he could see the smoke arising from his homeland. He is reduced almost to nothing. Surely that feeling of the extinction of the self in a dysfunctional relationship is something most of us will have experienced to some degree.

His relationship with Penelope is the opposite, she’s described as being like-minded or thinking in the same way. She’s undoubtedly his guardian soulmate. Remember they have had no contact for twenty years, no Skype, phone, letters, no news. How’s that for connection?

• I have a group in which we talk about what’s really going on in the Odyssey, and about the ideas it brings to mind.
If you’re interested, you can get in touch with me at: [email protected] 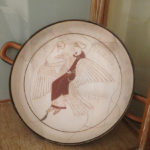 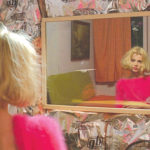 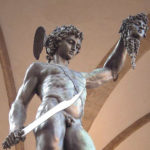 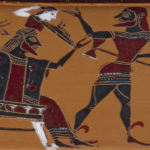