What If These Deities Were Alive Today?

Of course I know they don’t exist, but they give us a rich language in which to describe experience. In this issue: Apollo – Back to Black or Sunny Afternoon?

Apollo set a plague on the Greeks at Troy when Agamemnon, (setting egotism above care for his men) refused to give back the daughter of Apollo’s priest. One of the most terrible of the Olympians, he is often called the sun god, but this is just a link with Helios, who is the sun god, and to Egyptian Horus.   They do all shine, however, for he is the god of light and of unerring vision. His is the kind of light that, with an encompassing caress on the beach at low tide, can dissolve a stony depression; the kind which sends an unerring ray to the end of a tunnel, or over a mountain.  His is a mind that knows where it wants to go. It functions in shafts, at high speed, with unwavering accuracy. Rarely seen without his bow, he operates like a Zen archer.

A reproduction of a lyre made by Kostas Kotsanas of the Museum of Ancient Greek Musical Instruments and Toys in Katakolo, Greece

After Hermes seized a tortoise, turned it into a lyre and used it to win Apollo’s forgiveness for the crime of stealing his sheep, he lost interest in it. His is the genius of mobility, but Apollo is the god of intent, of the longer view. He knew exactly how to realise the potential of this new invention. He strode right up to Olympus and, playing his lyre, lit up the deities with joy until they found themselves singing and dancing, for the first time, in a state of rapture. He had given them (and human beings via the Muses) the gift of memorialising experience through poetry and music, the gift of learning from the past.

While Hermes is the god of travelling, Apollo is the god of roads, cities, temples. While Poseidon, god of the sea with his unalterable turbulence of mind, sent chariots into a forest without their drivers to watch them panic, Apollo carved a clear track through the trees. He’s a god of the networks that make civilisation possible, a god of architecture, of infrastructure.

This unremitting clarity inspired Nietzsche to propose a dichotomy: Apollonian (rationalist) versus Dionysian (inspirational/intuitive) thinking. It has its uses, but is an impoverishment of both deities, for they were often in cahoots and, of course, don’t forget the lyre. It’s best not to be reductive in considering the Greek gods; but to let them intermittently reveal themselves through their ambiguities, contradictions and fluid interchanges with other deities.

A god for our times

Like the sun, Apollo could protect, heal and destroy and
due to his mastery of memory through poetry, he could light up the future with a prophesy, or withhold it, as the sun suppresses its own light.

Like other gods he was energetic in his loving. Daphne was the daughter of a river god – fire and water? It wouldn’t have lasted – so the Earth, Gaia, turned her into a laurel tree whose nature it is to use sun and water for its growth. This is a true act of integration and emergence and Apollo makes the laurel sacred to him. With Cyrene, a princess of Thessaly with a gift for hunting and wrestling with lions (a mortal version of his sister, Artemis), he bore a son, Aristaios, who was educated by the centaur Chiron and became a deity of bee-keeping, of protecting those little miracles of networking which sustain all our lives.

He is a god for our times. We can honour him by bringing focus and attention to the things which are his concern:  our networks, natural and man-made, the arts, and by using the past to light up our future. 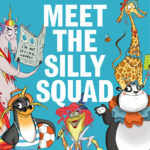 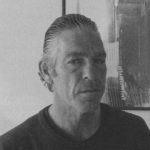 Calling all BAME writers and artists