A Hastings author has turned his shattering personal experience of being cyber-stalked into material for a new thriller, which is gaining glowing reviews.

Paul Burston, author of six novels and editor of two short story collections, was subject to homophobic harassment over a sustained period. He, friends and colleagues received highly abusive emails, tweets and other online messages. Paul feared for his safety and took on security support at public events.

Eventually a woman was found guilty of harassment, given a two-year suspended sentence and issued with a restraining order.

Paul, founder and host of London’s award-winning LGBTQ+ literary salon Polari and founder of The Polari First Book Prize for new writing, suffered extreme anxiety as a result of his experience, but it did give him the seed of an idea for his new novel The Closer I Get, which is largely set in Hastings.

He says: “The Closer I Get is a psychological thriller about a writer who is stalked by an obsessive fan and what happens after she has been found guilty. Writing the book was daunting. But turning a traumatic experience into a work of fiction proved enormously therapeutic.

“Before, I was still consumed with anger at the woman who harassed me. Now, I feel nothing but pity for her. And that is far easier to live with.”

Paul, who is also a literary journalist writing for The Guardian and Financial Times among others, will be sharing his story, his writing process and his insights into the publishing business in conversation with literary critic and writer Suzi Feay at Hastings Literary Festival on 31st August.

His session is part of LitFest’s Big Night Out at Stade Hall Hastings. Paul gets things going at 6.00pm, followed by journalist, writer and Radio 3 broadcaster Kevin Le Gendre at 7.30pm with Don’t Stop the Carnival – featuring live music.

Don’t Stop the Carnival is based on a new book by Kevin, telling the story of Black music in Britain and the people who made it.  It covers Black British Music from Tudor times to the 1960s within a story framed by slavery, empire, colonialism and the flow of music around the Black Atlantic.

With live music and covering the emergence of jazz, calypso, ska, reggae and rocksteady, soul and everything in between, this event will reveal the stories of those who changed the face of British music in ways that impact and resonate today.

Kevin Le Gendre is deputy editor of Echoes and contributes to publications including Jazzwise, MusicWeek, Vibrations and The Independent On Sunday. He also appears as a commentator and critic on radio programmes such as BBC Radio 3’s Jazz Line-Up and BBC Radio 4’s Front Row.

Rounding off LitFest’s Big Night Out at 9.00pm is one of Britain’s foremost poets, Salena Godden, whose electrifying live performances have earned her a devoted following.

She has published poetry collections Under The Pier and Fishing in the Aftermath: Poems 1994-2014; a literary childhood memoir Springfield Road and contributed to the ground-breaking essay anthology The Good Immigrant. Her live poetry album LIVEwire was shortlisted for the Ted Hughes Award and her latest book, Pessimism Is For Lightweights – 13 pieces of Courage and Resistance, was published last year.

• Kevin Le Gendre and Paul Burston, and Salena Godden appear at Stade Hall on Saturday, 31st August. Tickets are available individually or as a discounted ticket for all three through Hastings LitFest website at www.hastingslitfest.org 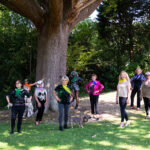 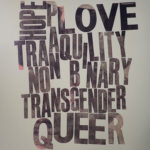 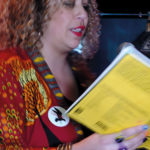 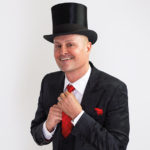 « Looking To Help Your Community? Here’s How…
Amber’s October Summit »