Ben White’s new book, Cracks in the Wall: Beyond Apartheid in Palestine / Israel, reframes the seemingly unsolvable situation in that land to include all of the elements that created it – historical, ideological and political.   Looking at it from today’s perspective it gives a holistic account, with meticulous research and insightful presentation of the facts.  The book is highly recommended to all inquiring readers as it both informs the person who has nil knowledge and those who have previously studied the issues. Particularly useful for the latter is Ben’s succinct description of Israel’s myriad political parties and their views on how to handle the situation:  they all want Israel to be a Jewish state but differ on how to solve the existence of those indigenous peoples – the Palestinians. 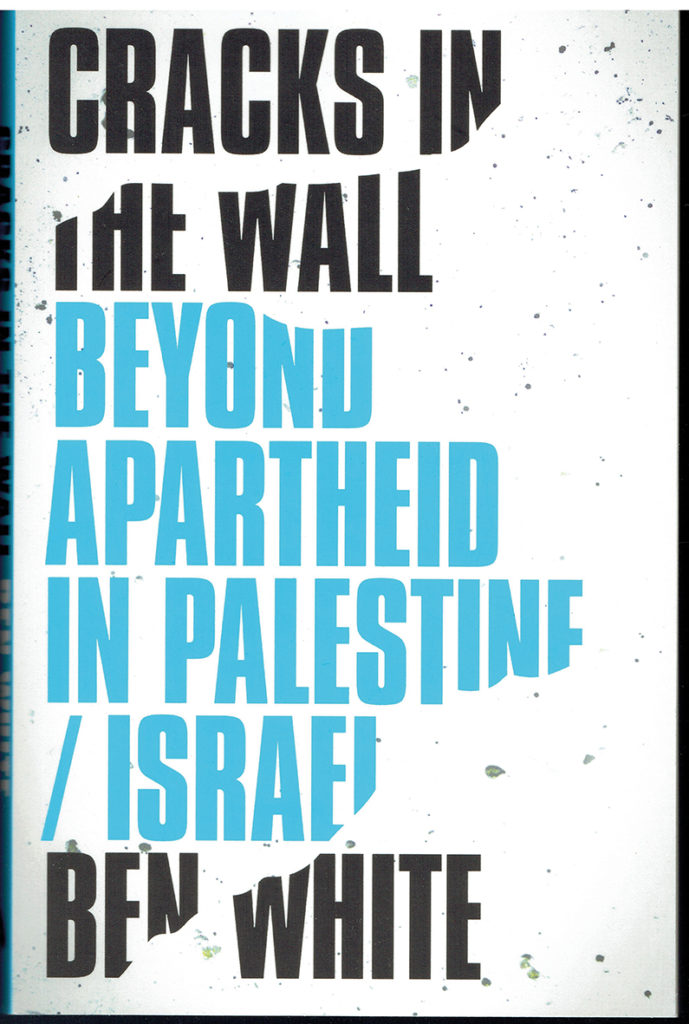 Palestinians have been colonised in fits and starts over the last 50 years and Ben describes the full impact of this de facto annexation of the West Bank in his ‘Reality Check’ chapter.  For instance, half of the Israeli army, the IDF, is always stationed in the West Bank and 80% are engaged in protecting the colonisers, euphemistically known as settlers.  Emphasising these facts on the ground is a quote from Israeli journalist Amos Elon regarding the Occupied Palestinian Territory (or oPt), who, as far back as 1986, said, “for all practical purposes they have already been annexed to Israel, perhaps irrevocably”.    So ‘How can a two-state solution, the peace process mantra, ever work?’ seems a legitimate question; especially when Netanyahu, who has been in power since 2009, stated a Palestinian state will not be established with him as PM.  As White says, he just wants to manage the status quo.

This Israeli intransigence, underpinned by the belief that the land belongs to them only, seems to be the major stumbling block to a solution that gives self-determination and justice to the Palestinians.  So where are those ‘Cracks in the Wall’ in the book’s title?  Well, Ben shows that some of the US Jewry are becoming increasingly morally opposed to Israel’s policies, with organisations like Jewish Voice for Peace gaining momentum; some Jewish students are demanding an open campus debate as in the Open Hillel movement.  Moreover, divisions over Israel in the Democratic Party are even worrying to some in the Israeli government.   All of this is important as Israel depends so much on US opinion, as well as on the financial aid they get.  Another crack is the support that the boycott movement, BDS, is gaining. Campaigning on boycott is the justifiable weapon in the fight for justice because, as this book shows, Israel is truly an apartheid state.  Also, to be resisted is the rise of the right personified by President Trump, David Freidman, US Ambassador to Israel with ties to the settlements and son-in-law Jared Kushner, also with ties and a surely dubious  ‘peace’ envoy.

The book ends with a chapter on the ‘one state solution’, outlining democratic blueprints for the future – these must, White argues, be underpinned by decolonisation and transformation. With all of the recent events, the brutal suppression of the March of Return in Gaza and the demolition of yet another Bedouin village we would seem to be a long way from any resolution. But the two-state solution, in any guise, is no longer an option de facto (though not de jure) as there is already only really one state in existence: however, in its present form it is not sustainable; key reforms and reshaping are essential so that all its citizens are equal, then it could truly call itself a democracy in the middle east.

Ben White, BOOKBUSTER REVIEW, Cracks in the Wall: Beyond Apartheid in Palestine / Israel 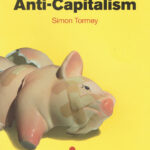 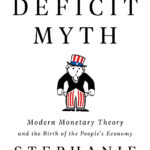