My Turn Will Come By E G Smart
Paperback, available at Bookbuster

The author of this moving new novel has a background in training and business support. I think that this must have helped her to create the realistic portrayal of interpersonal politics and ethics in large companies. These are key to the story, and fascinating in themselves. 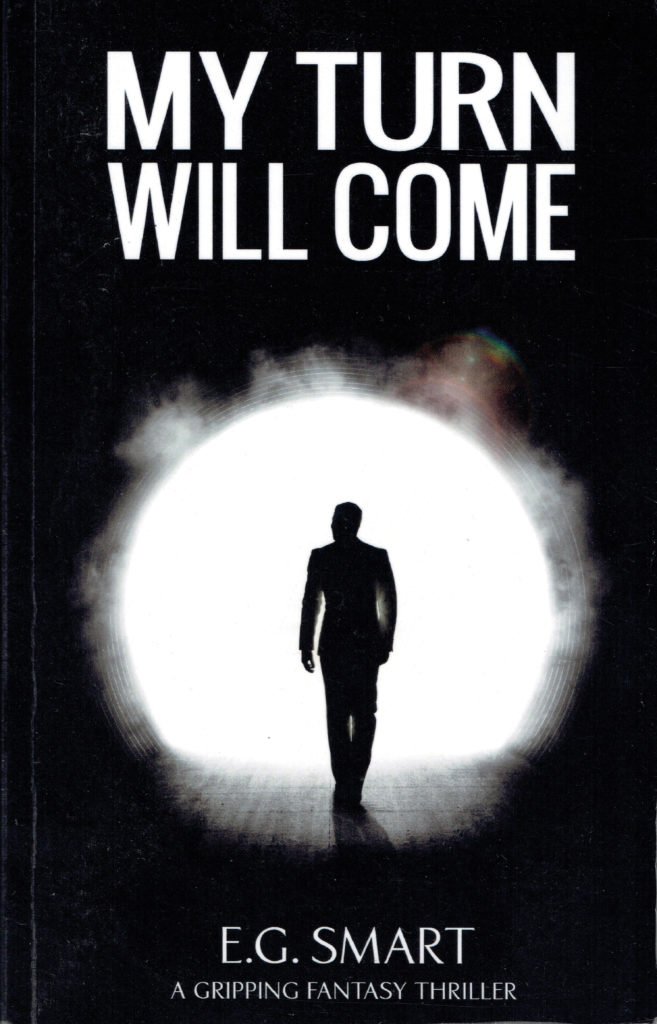 But the story itself, while dependent on the ‘technical’ elements working, is an uplifting and personal one, of unfinished life works, second chances, karma and rebirth.

The central conceit is that if one fails to achieve one’s goals in life, one may be given a second chance: and in fact that we have choices over and over after this life. As a message of hope, and balance, the book works wonderfully.

James Truman is a successful scientist, close to finding a new cancer med, when he is offered a serious promotion. At first, he does not want this, but the out-going director convinces him it is the right move. A jealous and venal rival, Stephen Langham, acts against him, and the result is that James is killed.

However, he finds that he is still an existing entity, allowed to review his pasts, and to see how his death was arranged, and by whom. He is able to visit his wife’s dreams to give comfort, a relatable presence which I have felt myself after a bereavement. Given a choice between moving up to another level, and a return to complete unfinished business, James chooses to be reborn. Although he knows his memories will be wiped, he is also told that he will be his essential self still, as he always has been.

Reborn as Harry Langham, the baby of his murderer, the universe arranges a series of cosmic coincidences that, across the years, form a noose to deliver karmic retribution on his father, and that allows James’s work to finally reach fruition. These involve a close knitting together of the Truman and Langham families, that confound Stephen and over time serve to trap him. In the end he appears to accept his fate, and indeed begins to repent his sins in his own, difficult, way.

I loved this book, the inter-relationships between the various parties, family, colleagues, rivals, all seem very realistic to me, and despite the comeuppance delivered to Stephen Langham, is very much positive and uplifting. Although not part of the story, I imagined a coda where Stephen himself is offered a chance at redemption next time round.

I hope E J Smart keeps writing. I think, on the basis of this novel, that she has a lot more to offer.