Horizon By Barry Lopez
Hardback £25
In stock at Bookbusters, £20

Arctic Dreams, reviewed last issue, was Lopez’s second book, preceded by the excellent Of Wolves & Men, and since it was published he has published relatively little: a volume of essays Uncommon Ground; a couple of volumes of short stories; and one of Native American tales of the trickster Coyote. His latest work Horizon bookends his career.

Horizon is a multi-dimensional work covering autobiography, travelogue, ecology, anthropology and many fascinating asides on subjects such as art and the history of exploration. Like Arctic Dreams, this is a smorgasbord of riches, a collation of deeply considered riches, and in this book a summation of a uniquely privileged life.

The opening chapter gives a background bio, showing influences that led Lopez to his nomadic career. This, though enlightening, was for me the least readable part, mainly as it is largely presented in the third person – whilst being about himself, it’s all ‘The boy then did…’ (I know some will enjoy this approach). His style settles after that as we are enfolded into a universe that allows us to vicariously inhabit the world he describes, whether anecdotes about the Thule and Dorset peoples, two and three thousand years past, or the ecotone’s of lithic acres on Skraeling Island, the north-east shores of Ellesmere Island, or at the (literally) polar opposite ends of the earth from Hobart to McMurdo Sound or Elephant Island.

THROUGHOUT, HE IS KEEPING A WEATHER EYE ON MANKIND’S FUTURE

The ‘horizons’ in this book are multifarious, from the literal visible oceanic horizon, where sails drop out of sight, via the opposite horizons of birth and death; the highest peaks (relating the story of Tenzing Norgay and Edmund Hillary, who reached 29,035 feet above sea level, and stood upon the ‘forehead of the world’, in 1953) and the lowest ocean deeps (as Jacques Piccard and Don Walsh settled onto the sediments in the basement of the world, 35,800 feet down in the Vitiaz Deep); the darkest polar nights, six-months long, and the brightest equatorial days, on Isabela Island in the Galapagos, and 50 miles north of Nairobi; to the horizons represented by the smallest ocean creature to the gulfs of deep space which we recreate as ‘photographs’ from the raw data of the Hubble telescope.

Throughout, he is keeping a weather eye on mankind’s future: ‘What is going to happen to us? What is our fate if we do not learn to speak with each other over our cultural divides, with an indifferent natural world bearing down on us?’ he asks. ‘Diversity creates the biological tensioning that makes life in general vigorous and sustainable. It’s diversity that ensures perpetuity. The loss of diversity, on the other hand, threatens all life with extinction.’ He faces the human drive for growth, for possession, for profit regardless of the environmental consequences for us and the world of life in which we are embedded, dependent upon and part of, with a mixture of fatalism and resistance, sometimes anger, although he spurns despair.

Lopez’s perspective is both intimate and expansive, informed by years of travel, reading and cogitation, leaving an invaluable tome which can reconnect the reader to the world. It can indeed, despite everything, transcend despair and fire hope, a hope that sees things in perspective and is not self-deluded.

Attending a Navajo ‘Blessing-way’ many years ago, he found one of many trackways, considering ever since the hard to translate Navajo concept Sa’ah Naagháí Bik’eh Hózho, a healing tradition, and finally gifting the reader his insights. ‘The idea that “beauty” refers to a high level of coherence existing everlastingly in the world, and that beauty can be renewed in us through reintegrating ourselves with a world over which we have no control, has appealed to me ever since I became aware of this Navajo ceremony, a formal expression of this idea.’ Throughout his work Lopez gifts us a lifetime of profound thought, always with modesty and doubt. This book is as glorious, beautiful and profound as Arctic Dreams. I strongly recommend it.

‘One can choose, as well, to step into the treacherous void between oneself and the confounding world, and there to be staggered by the breadth, the intimacy, the possibilities of that world…’ 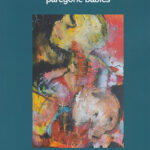 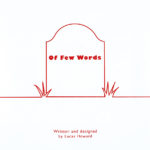