A New Politics From The Left by Hilary Wainwright Published by Polity, rrp £9.99

In the late 60s and 70s there was a refreshing growth of cultural trends towards small-scale green self-sufficient egalitarian ideas. Many of these were cultural fluff, coming from a euphoric rush of misplaced optimism amongst middle-class students and drop-outs. A few actually engaged in more meaningful projects, so as the economy folded in the mid-70s, squats and communes formed, often crossing class boundaries. The punk movement’s DIY ethic, whilst ideologically Janus-headed, fed into long-running projects as well. And the green movement had factions that successfully created long-running projects that were, at least if you squinted, fairly utopian in character, such as the Centre for Alternative Technologies in mid-Wales. Yet, in the 80s, much ground was lost – in part in all-out class war, in part in an economic boom – the latter largely based on selling the family silver, and opening the economy to asset-strippers, a trend extended into the 90s and 00s under Blair’s neo-liberal ‘Labour’ Party. 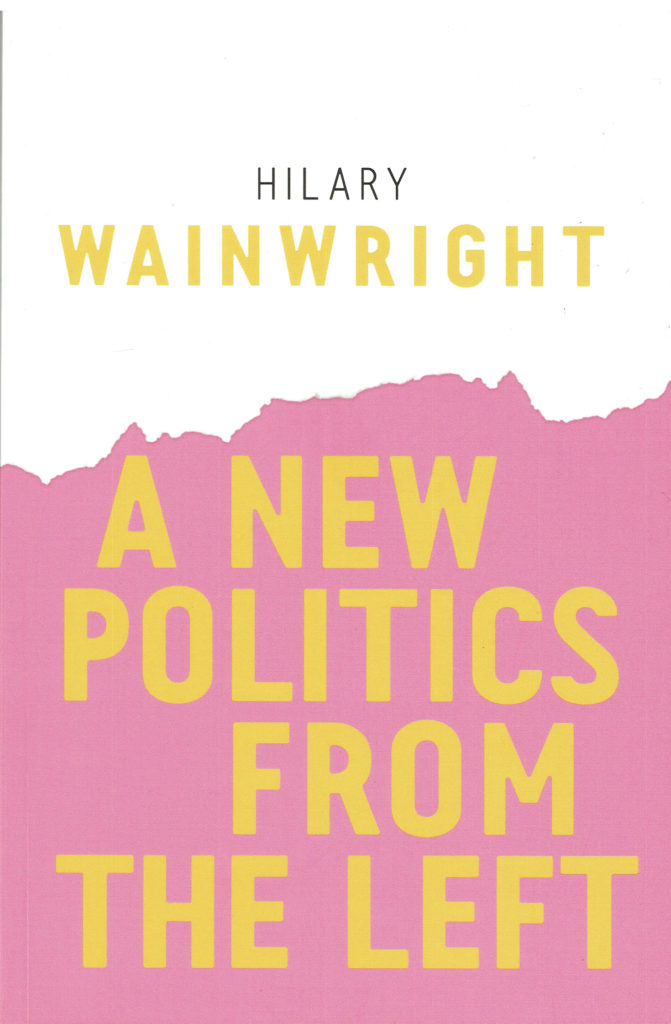 As I write, social media is dominated by David Attenborough’s pessimistic outbursts about man’s ecocidal behaviour; by a growing awareness of visible pollution such as plastics in the ocean (but not of less visible pollution); by tales of sociopathic Tory austerity, giving a sign that those in charge are opting to deal with the coming storm with a hierarchic, top-down, imposition of control at the expense of the masses. The positive cultural trends of the 70s could have averted the worst, had we but acted on reports such as The Limits to Growth. Instead we are here – ‘here’ is not yet an ‘end’, though, but another crossroads.

Hilary Wainwright is co-editor of Red Pepper magazine, which has run for almost 25 years. From
the start, it was a broad-left platform, at a time when the mainstream left was heading centre-right. I was a volunteer sub there briefly in the summer of ‘95, helping on articles against the Criminal  Justice Bill, and writing, with Jerry Whyte, the ‘This day in History’ back-page (which we kept as hard-left, green and anarcho as possible). Today, with the success of reviving a real grassroots CLP, and in electing Corbyn to leadership of the PLP, the time is right to revive the thinking of earlier, more optimistic times, to offer alternatives to the capitalist endgame.

The ‘new politics’ in Hilary’s book are, naturally, rooted in the whole history of the Labour movement, and globally too. In general terms, I’d ally the prescriptions for change, via enabling bottom-up democratic economic structures, as akin to a Kropotkinite, Boochinite agenda of egalitarian and inclusive workers-control. Examples given run from the self-management plans for Lucas Aerospace to La Via Campesina, and Hilary shows the instrumentalist structures within which we can identify room to fight. Whilst arguing strongly for individual involvement and autonomy, as enabling us to become confident and strong in building a new movement, she is very aware that most successful examples have had, as a ‘seed’, a few committed individuals – and these individuals need to consciously attend to recruiting and encouraging more of the same, as all too often these groups fail when the most committed leave.

Meanwhile, the latest issue of Freedom, now only sporadically in print, has some excellent examples to add to the power of Hilary’s argument: here we have features on the IWW (International Workers of the World), who have been successful in promoting fairer terms for workers in parts of the gig economy; the UVW (United Voices of the World), who have been instrumental in getting cleaners in London, mainly immigrants, better pay, even in the law courts and (gasp!) Daily Mail offices; and of other workerist unions such as Solidarity Federation (who have been especially successful with care work). The common denominators are: these groups ARE the workers, in concert; these groups often have international dimensions; these groups use their special, yet often unrecognised, knowledge, what Hilary calls ‘tacit knowledge’, positively.

From a local perspective, a goal, then, of such organised people power from the grassroots might be to pressure councils to favour tenders from local and worker-managed groups over national corporate bids for out-sourced work; to engage with co-operatives that don’t have external shareholders that suck up profits, that commit to a minimum percentage of revenue for
investing in infrastructure
and consolidation, that are willing to work positively with a wider community.

Such networks are referred to as ecologies by Hilary, and indeed this metaphor is appropriate: an ecology is a complex network, and ‘hierarchies’ are usually only imposable by external criteria – humans seeing predators as at the ‘top’ of the ‘food chain’ are making arbitrary, indeed, ideological, choices of perspective, as we are finding as we rend ever larger holes in the web of life and realise that diversity is a fundamental requirement of our continued existence. A genuinely sustainable relation with the environment of which we are an inextricable part can only really be created through forms of community and power-sharing that mirror in our own society this same complexity. Hierarchy under capitalism seeks to simplify such structures, but this can only cause ultimate collapse. The same is true of the ‘traditional’ post-Marxian statist Left, whose control-freakery also works against our true needs.

Hilary posits a need to reinvigorate a new bottom-up left in Britain, and we are indeed at a crossroads where it is the only sane road to take – but can we? 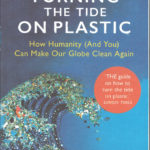