Stuck in a Hole

Whether taking a taxi to the centre of town, being one of the 33,000 May Day bikers or attempting to stay healthy and cycle, no one in Hastings can fail to notice our crumbling roads. And while it’s true the harshest winter for many years made the situation worse, the increasing number of potholes was apparent long before the ‘Beast from the East’. Dave Young reports. 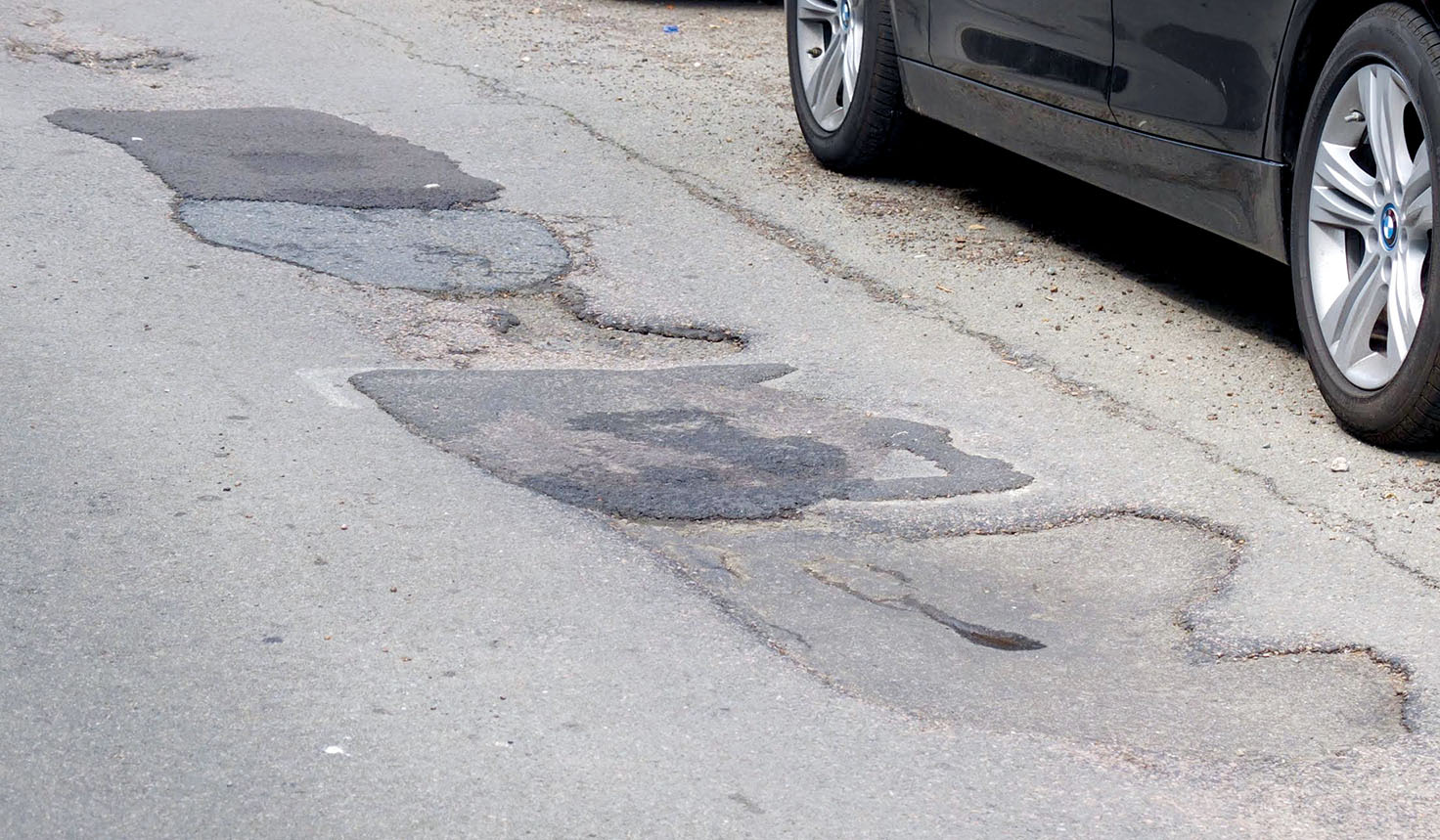 It’s a problem extending far beyond the borough boundaries, according to the RAC 10% of road infrastructure maintained by local authorities in Great Britain is in poor condition,

Despite government claims of a £6bn investment to improve local roads – including a ‘pothole action fund’ – Simon Williams of the RAC claims the road network has suffered years of underfunding: “Some have deteriorated… to the point that they represent a serious risk to the safety of users.”

The AA calculates drivers and insurers are losing £12m a year repairing damage to vehicles caused by potholes with the number of claims for the first four months of 2018 already equal those for the whole of last year. Janet Connor, director of insurance, says spending cuts are causing a pothole “epidemic” that’s a “national embarrassment”.  An AA study found nine out of 10 drivers said the condition of UK roads had deteriorated over the past decade.

Safety risks
The BBC’s Shared Data Unit recently analysed survey statistics measuring defects such as bumpiness and surface cracks and discovered some 3% (883km) of A-roads and 5% (14,420km) of minor roads across England in 2016-17 were deemed to be in a poor condition.

Cars suffer significant damage, but potholes can completely wreck a bicycle. Worse is the damage done to people. Swerving cars collide with other vehicles or cyclists, who, when taking avoiding action, hit other road users and the ground, often incurring very serious injuries. On poorly lit sections or in bad weather the hazard is often invisible.

Buses with larger wheels can usually go over potholes, but their greater weight then increases the damage – a particular problem on suburban routes like Pevensey Road where the surface was never designed for this traffic.

On other thoroughfares, such as Chapel Park Road near St Leonards Station, multiple small repairs have left the entire surface uneven. Like patching worn jeans with new material the tarmac disintegrates around the infill.

Budget shortfall
Faced with a local situation where potholes appear to be getting worse and the time taken to fix them constantly increasing what can HIP readers do?

It may surprise many to learn that responsibility for fixing the roads lies with East Sussex, and not Hastings, and consequently ringing the latter to lament damage is pointless.

According to informal sources there is no formal relationship or policy initiative regarding road repairs between the two councils. Essentially if Hastings staff report a pothole to Sussex they’d have no more clout than a member of the public.

However, East Sussex County Council sees the situation differently. Asked what formal links ESCC and Hasting Borough Council have regarding this issue a spokeswoman responded: “We have regular contact with officers from HBC, particularly where we have localised agreements such as weed and tree services.”

On the subject of budget allocation and if Hastings as a hilly urban area gets a higher proportion of funds they said:
“Our highway maintenance budget is not divided geographically… or by proportion of the population. We use an asset management approach, in line with Department of Transport guidance, and prioritise roads based on their condition, which is determined by regular inspections… and customer reports. We then target our limited resources to ensure that the poorest condition roads are prioritised…
“The revenue budget for highways maintenance… has halved in eight years from £20m to £10m. This is part of the £130million of savings ESC has had to make since the start of the decade.”

Essentially the approach to road maintenance in Hastings and St Leonards is reactive rather than proactive; gone are the days when there was a rolling maintenance schedule to resurface roads. Although some major highways in the area have benefitted from new tarmac the current policy is best summarised as make do and grudgingly mend. Where once the job was done directly by the council it’s now undertaken in ‘partnership’ with private contractors wanting to make a profit.

How to complain
With both local and national government extolling the benefits of cycling to both improving health and reducing pollution our increasingly dangerous local roads can only act as a deterrent to people getting on their bikes.

Potholes (and pavement damage) can be reported online or by phone to East Sussex County
Council 0345 6080193 or visit www.eastsussex.gov.uk

If nothing happens contact your East Sussex county councilor, there are eight covering various parts of Hastings: democracy.eastsussex.gov.uk/mgFindMember.aspx

Cyclists bear the brunt
• Potholes have contributed to the death or serious injury of almost 400 cyclists over the past decade, official figures show.
• The number of serious cycling accidents caused by crumbling roads has hit the highest level in 10 years.
• Between 2007 and 2016, 22 cyclists died and 368 were badly hurt, according to figures published by roads minister Jesse Norman following a parliamentary question from Labour MP Catherine West. The statistics covered the number of accidents where police reported that a “poor or defective road surface… (was a) contributory factor’.
• Many councils only fix potholes that are more than 4cm deep, even though shallower ones can cause cyclists to crash. Sam Jones, of the campaign group Cycling UK, said: “(We are) incredibly concerned to see what is clearly a trend on the up, showing more people being killed or seriously injured while cycling, all because our roads are in shocking state”.

Tell us the worst
We’re on a mission to find the worst bit of road in Hastings and St Leonards. Could the biggest pothole be outside your house? Who’s had he longest wait between reporting road damage and seeing it fixed?

Let HIP know (with an exact location and perhaps a picture). We’ll publish the results in a future issue
and pass on the worst examples to East Sussex County Council. 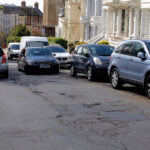 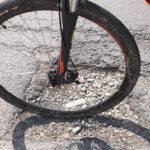 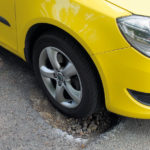