For ramblers and walkers the name Kinder Scout has a deep reverence. Hundreds gathered at this plateau in the Derbyshire Peak District in April 1932 for an act of mass disobedience. Angered that the moorlands were the sole preserve of landowners and grouse shooters, workers from the smoky urban centres of Manchester decided on a mass trespass.

It is debatable whether that event itself opened up the countryside, but it certainly changed opinion. The Peak District was designated as England’s first National Park in 1951. There are now 10 of them, the most recent, the South Downs, opening just ten years ago.

Long-distance footpaths have also proliferated since the Kinder Trespass, starting with the Pennine Way in the 1960s and leading to Hastings’ own Saxon Shore Way in the 80s. In 2000 the CRoW (Countryside and Rights of Way) Act provided a new category of Open Access Land, enabling people legally to roam off footpaths in certain designated areas.

The benefits of fresh air and exercise have long been recognised, but never more so than in this year of lockdowns and restrictions. Although the situation is massively better than in the 1930s, the Right to Roam campaign estimates that only about 8% of land in England is currently accessible by the general public. Sadly the remainder – 70% of it farmland – remains in private hands and closed to the public.

British farmers face a massive revolution, from the 1st January 2021 losing the £3.4 billion EU subsidy paid under the Common Agricultural Policy depending on the size of their farms. Instead the British government has pledged to make up the same amount based on environmental factors – protecting land water and air, tackling climate change and boosting animal health and welfare.

While this is clearly no bad thing in itself, the result is that British tax payers will now be paying farmers directly.  And in most cases we will still be excluded from the land on which our money is being spent.

I’d like to make a modest proposal – not one penny of subsidy should be payable unless farmers allow the public greater access to their land. If I’m paying for your farm, you simply have to let me walk on the land.

Now I can hear the howls of objections – impracticality, health and safety, danger to livestock, etc. But listen. There are currently 140,000 miles of public foot-paths in England and Wales, a considerable proportion on farmland. If some farmers can cope with walkers, why can’t all? Every farm in the country is to be visited by inspectors to assess the level of subsidy payable under the new scheme. This is the moment that farms should have to produce an accessibility statement detailing how they will enhance the right to roam across their land.  Those from some other countries – particularly in Scandinavia – have a general right to roam anywhere. We have an unparalleled opportunity to continue what the Kinder Scout Trespassers started nearly a century ago, and we should
seize it.

• Use this online interactive rights of way map to find where you can walk and
ride in East Sussex. www.eastsussex.gov.uk/leisureandtourism/discover-
east-sussex/rightsofway/online-rights-of-way-map

Walkers are being urged to help identify 10,000 miles of
historic footpaths that are missing from the map in England
and Wales and could be lost forever. All rights of way must be
identified before a government deadline of 2026, after which it will no longer be possible to add old paths to the official record. The walking group, Ramblers, wants walkers, historians
and map enthusiasts to use its new mapping site to identify missing footpaths. 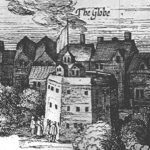 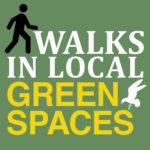 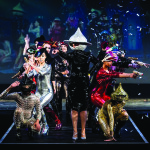