HIP’s coverage of the new 5G mobile network (click here) received a huge response. The article was subsequently republished in the US by Robert Kennedy Jnr’s website and in the UK by EM Radiation Research Trust. It clearly struck a chord with many readers, resulting in an interesting debate. Here Susan McFie reviews some of the comments received.

Responses to the article were posted on the Hastings Independent Press website and can be read in full there. They came from individual readers, scientists, health professionals and from the industry.

“Finally, some actual debate! If people want this untested technology in their homes that’s one thing but individuals cannot escape ever increasing strength WiFi without drastic and incredibly expensive measures. Gosh. Truth in journalism… Whatever next?” Robin Doyle

“People need to be aware of what is coming and unite in demanding safety testing before allowing it to be installed. I think we should ask our mobile providers what their policy is on 5G and vote with our feet – maybe there is a provider out there who is not going to be jumping on the 5G wagon.” Carolyn Stevens

“Great article, thank you. It is so important to raise awareness of the risks of 5G, as sadly it seems that our government is not taking health concerns seriously, and is rolling out 5G without information and without getting consent from people. I work in the mental health profession, and I am very concerned about the reported effects 5G radiation can have on people, including their mental health.” Marijke Roberts

These views were not shared by one correspondent who posted under what we assume to be a pseudonym – Ida Lovelace. (Ada Lovelace was a Victorian Mathematician involved in developing the first ever computer). The comment from Ida Lovelace dismisses health concerns as ‘myth’ and counters that 5G might bring health benefits through increased technology in medicine and remote diagnostics. Lovelace writes:

“The article suggests that the frequencies used by 5G are carcinogenic. As the American Cancer Society points out, cell-phone towers use non-ionising radiation, which means …’they do not directly damage the DNA inside cells, which is how stronger (ionizing) types of radiation such as x-rays, gamma rays, and ultraviolet (UV) light are thought to be able to cause cancer.” Ida Lovelace

The article did not actually suggest that 5G is carcinogenic because no long-term health studies have been done using this technology. It did however refer to studies showing harmful effects (including DNA damage) from non-ionising radiation. 5G will use different technology: ultra high frequency, high intensity millimetre and sub-millimetre waves. Human experiments in this field has been carried out by the military, resulting in the development of crowd control devices. Recent research shows 5G waves interact with human eyes and skin and our sweat ducts act as antenna for 5G frequencies.

In December 2018 The Lancet medical journal published a paper warning that regulations controlling our radiation exposure are outdated, set in the 1990s with “the belief that only acute thermal effects are hazardous.” This has long been shown to be wrong. Regulations have not been updated, leaving them woefully inadequate to protect our health.

Alasdair Philips is an expert in the field of electromagnetic research. He is Scientific Director of Powerwatch, an organisation working with government, business and universities which informs about biological effects of electromagnetic field exposure and promotes policies for a safer environment. He described our piece as:

“An excellent, well-researched article. It is good to know that there is still some professional journalistic reporting of important issues – especially regarding our health and well-being.” Alasdair Philips

This comment and others were in stark contrast to Lovelace’s conclusion that the article was “biased, badly researched, misleading and contained many factual inaccuracies.” ‘She’ continues:

“The Bioinitiative Report, on which the article relies for most of its bogus authenticity, was self-published online, and was criticised for its bias and lack of balance.  The European Commission’s EMF-NET coordination group for investigating the impact of electromagnetic fields on health attacked the report’s lack of balance.” Ida Lovelace

In fact the Bioinitiative Report reviewed around 2,000 peer-reviewed studies of electro magnetic radiation effects. The report concluded, “existing standards for public safety are completely inadequate.” It’s worth noting that the above-mentioned EMF-NET group, which criticised the Bioinitiative Report, has itself been heavily criticised. An official complaint has been lodged with the European Ombudsman by 39 NGOs. They write: “In a field where alarming scientific evidence is accumulating” the EU has appointed an expert group “largely biased towards a pro industrial scientific viewpoint,”.

In response to Lovelace’s comments we received one from Eileen O’Connor, Director of Radiation Research (radiationresearch.org).

“It appears, Ida Lovelace, that you are defending economic interests as opposed to the human rights of tens of millions of people who are now ill as a result of exposure to RF radiation or about to be exposed to untested and unregulated 5G masts near their homes, work place, schools etc. This is a global issue with unparalleled amounts of money and power from industry.”

“One of the world’s leading insurance providers Swiss Re has recently rated 5G a ’high impact‘ risk. Who will indemnify UK citizens against 5G personal injuries or reduced property values? Will the UK Government allow installation of untested and unregulated technology?”Eileen O’Connor

A comment from Anna Watson referred to the halting of 5G in Brussels over radiation concerns. She quotes Environment Minister Céline Fremault as saying:

“I cannot welcome such technology if the radiation standards, which must protect the citizen, are not respected, 5G or not … the people of Brussels are not guinea pigs whose health I can sell at a profit.” Anna Watson

During the 2016 US Presidential elections the Greens’ candidate Jill Stein entered the WiFi debate. Stein, a Harvard trained physician, said she was the only candidate “not poisoned by corporate money”. She was heavily criticised for expressing concern over children’s exposure to WiFi. She stated “Over 200 scientific experts… have called for more research into the health effects of radiation from devices like cellphones and WiFi, especially on developing children.”

And money is of course central to the story. As an indicator of where this is all going Wealth Daily asks “Are You Ready for the 5g Bull Market?”

“…an incredible profit opportunity for investors, with the global 5G market forecast to reach $251 billion by 2025.”

France
• 2011 French Cell Phone Statute: Manufacturers must display SAR Radiation levels for all phone models. Phones may not be marketed for children under 14.
• 2015  WiFi banned from nursery schools and must be be turned off in elementary schools when not in use. Cellphone ads must recommend protective headsets.
• The French National Library along with some other libraries and universities has removed all Wi-Fi networks.

Belgium
• Public Health Regulations issued in 2013 restrict sale and advertising of mobile phones to children.
• Ghent banned Wi-Fi in pre-schools and day care.
• Phones now carry health warnings to use in moderation and use an ear piece.
• Information on radiation levels must be available at point of phone sales.

Spain
• The Parliament of Navarra recommended the removal of WiFi from schools and urged a review of current exposure limits to incorporate the precautionary principle.

Israel
• The Ministry of Education now requires schools to test radiation levels.
• WiFi banned in preschool up to 2nd grade and restricted in third and fourth grade classes to 3 hours per week. 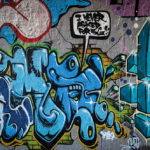 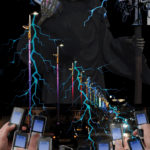