What does food mean to you? It could be one of the most important aspects of your daily life or it could be no more than an essential, biological, fuelling operation. But apart from a few ‘Breatharians’ who allegedly survive on just air and water, food remains essential to our health and survival. So how have the recent turbulent times impacted food security, availability and quality? The decision to break away from the European Union, closely followed by the pandemic has inevitably had a direct and on-going effect.

FROM FARM TO FORK

In 2019 Michael Gove commissioned Henry Dimbleby, co-founder of the Sustainable Restaurant Association, to compile a National Food Strategy. A daunting task indeed. Dimbleby decided to focus less upon what a good food strategy should look like and more upon how we could achieve positive change. He questioned how we ended up with a system that feeds billions of people yet also pollutes our air and water, devastates nature and contributes about one third of our green house gases.

NOT SO GREEN REVOLUTION

The problems began with a ‘solution’ known as the ‘Green Revolution’. This was not ‘green’ in the modern sense of the word; it was the beginning of industrialised farming. The ‘father’ of the new agriculture was Norman Borlaug who developed high-yield wheat to be grown with intensive use of synthetic chemical fertilisers and pesticides. The techniques worked and succeeded in feeding millions of people, but ultimately led to the situation in which we now find ourselves. The new farming was unsustainable. Just as running our bodies on sugar laden espresso and energy drinks rapidly leads to burn out, so the success of industrial farming led to similar effects in both crops and soil.

The increased crop yield was maintained for a couple of decades but only by using an ever-increasing quantity of chemical fertiliser. By the 1990s yields were in decline and soon world grain stocks dropped to their lowest since records began, leading to increased food prices. The short-term solution became a long-term disaster as both weeds and insects developed resistance to the products used to eliminate them. The prolific use of synthetic chemicals resulted in depleted and degraded soil around the world.

Plants like humans need nutrients to thrive but as a result of declining soil fertility the nutritional content of many fruits and vegetables decreased. From 1920 to 2001 the protein in corn dropped by 30%, magnesium in wheat and vegetables declined by about 25%. Important trace minerals including zinc decreased while toxic minerals like lead, cadmium and aluminium increased. Lack of essential nutrients plus a diet of ultra-processed food and toxins is a recipe for serious health problems.

In part one of the Food Strategy report, published a year ago, Dimbleby writes “It is extraordinary …that the dietary ill-health of this country hasn’t been seen as a medical emergency until now”. About 90,000 people die each year in the UK from diet-related disease, that’s one in seven deaths. Presumably similar numbers died of such causes during the pandemic, although the diet-related death toll for 20/21 might be difficult to separate from Covid fatalities. Dimbleby observes “high rates of obesity and diet-related disease has undoubtedly contributed to the UK’s appalling [Covid] death rate…Obese people are 150% more likely to be admitted to intensive care with Covid-19, and severely obese people over 300% more likely”.

Is it really surprising that dietary related illness is not treated as a medical emergency when doctors are not properly trained in nutrition or the risks associated with ultra-processed foods, synthetic food additives and pesticide residues. This is compounded by the food industry’s infiltration of public health information. Renowned cardiologist Asseem Malholtra in 2015 wrote in the British Journal of Sports Medicine that the public is drowned in unhelpful messages about calorie counting –”many still wrongly believe that obesity is entirely due to lack of exercise… This false perception is rooted in the Food Industries’ Public Relations machinery, which uses tactics chillingly similar to those of Big Tobacco”.

The new Food Strategy is about so much more than taxing sugar and salt. It’s about creating a long-term and long overdue “shift in food culture”

In 2015 Coca-Cola revealed their substantial funding of influential medical organisations, with millions donated to the American College of Cardiology, the American Cancer Society and the Academy of Nutrition and Dietetics. The company also made an “unrestricted gift” to the ‘Global Energy Balance Network’. The Guardian described the network as a pressure group downplaying the risk of junk food and sugary drinks in favour of exercise in the fight against obesity. Payments were made to dozens of people working in the field of nutrition. Associated Press reported that nutritionists and fitness experts that had associations with Coca-Cola went on to promote the drinks in nutrition blogs and even on the US annual American Heart Month, which claims to motivate Americans “to adopt a healthy lifestyle to prevent heart disease”.

The 2018 Global Burden of Disease (GBD) study found that “poor diet kills more people globally than tobacco and high blood pressure”. Meanwhile many people spend hours on the treadmill with minimal results while existing on a diet of fat-free ultra-processed foods, sugar laden and full of additives. Public health advice has been high jacked by vested interests and of course it’s not just Coca-Cola. In 2016 it finally emerged that during the 1950s and 60s the sugar lobby had paid Harvard scientists to shift the blame for heart disease from sugar to fat and cholesterol. The findings were published in JAMA Internal Medicine.

If you have heard anything at all about the National Food Strategy it is likely to be the proposal for salt and sugar taxes. There were howls from the popular press about taxing the poor. Boris Johnson agreed. In fact taxation on sugar in soft drinks began in 2018. The industry simply reduced sugar to avoid paying the tax. Dimbleby thinks most manufacturers will now do the same. Unfortunately reformulation generally results in greater use of synthetic ‘flavour enhancers’, which is probably not the best way to go.

However the new Food Strategy is about so much more than taxing sugar and salt. It’s about creating a long-term and long overdue “shift in food culture”. This would begin in education with a new “Eat and Learn” initiative. It would be great if this resulted in more schools having their own vegetable gardens, perhaps with support from local people. Around the country and certainly in Hastings there are a great many people involved in community gardening who would welcome a nationwide initiative to support their efforts.

The Dimbleby report recognises that the current food system is ecologically unsustainable and results in poor health. Due to free market incentives many businesses are stuck in “a junk food cycle, which they cannot break without government intervention”. How government responds will be revealed in a White Paper due out in six months’ time. 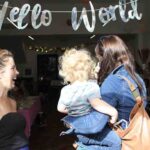 Vanguard of a post-Covid retail landscape?