At the start of each spring, Britain’s 44,000 beekeepers peer anxiously at the entrances to their hives. Are bees flying freely in and out? Have the colonies survived the winter? Although bees don’t technically hibernate, they do spend most of the winter indoors, clustered around their queen. If it’s particularly cold, the workers on the inside will move outward to allow their chillier sisters into the warmth of the middle.

After this last mild winter the 5,000 apiarists in Sussex and the South-East will have hoped and expected their colonies to be thriving; the older ones will remember back to 2008 when Britain unexpectedly lost 20% of its honey bees. Beekeepers had got used to some depletions since the varroa mite first appeared in 1992. However, the disastrous situation of 12 years ago, termed Colony Collapse Disorder (CCD), shocked everyone and reminded us just how vital bees are to pollination – and how vital pollination is to our very survival.

The author and his grandfather’s hive – 1950s

The finger of suspicion pointed to the then relatively new Neonicotinoid insecticides. While lobbyists worked at government and EU level to get them banned, some scientists in Europe embarked on a very different course. What if they could genetically modify the bees themselves so they were immune to ‘neonics’?  After all, they’d already produced a GM corn that was unaffected by the herbicide Glyphosate – giving it the cuddly title ‘Roundup-Ready’ which helped to assuage the growing evidence that this was a powerful carcinogen.

The prospect of these ‘Frankinbees’ has alarmed and appalled beekeepers throughout Europe. Though the technology doesn’t yet exist to create a ‘superbee’ that is resistant to pesticides and herbicides as well as to natural diseases and parasites, an investigative reporter based in Germany recently revealed that experiments to genetically modify honey bees are currently ongoing. Bernhard Warner reported that engineered honey bees are being created on the campus of Heinrich Heine University in Düsseldorf, Germany, using a gene editing technique known as Crisper-Cas9. So far this process has been successfully employed to make gluten-free wheat, seedless tomatoes, and apples that don’t turn brown. But if it were to be employed on insects, no one knows what sort of bee might be produced. What apiarists fear is that hundreds of years of successful husbandry could be wiped out at a stroke with mutant insects destroying the natural gene pool. And, anyway, beekeepers argue that they themselves have been improving strains by natural means for generations.

Back in 1990, at Buckfast Abbey in Devon a young (well, younger) journalist interviewed Brother Adam for a newspaper article and possible TV documentary. Adam, whose real name is Karl Kehrle, was then the most eminent bee breeder in the country and possibly in the world. Born in Germany in 1898 he was sent, aged 11, to join the Benedictine order in Devon for his health. He rapidly developed an interest in the Abbey’s bee colonies and watched in horror as the ‘Isle of Wight’ parasitical disease wiped out three-quarters of their hives in 1916. This led him to embark on an eighty-year project to develop a new strain of honey bee that would be resistant to this and other diseases. He also wanted to foster a relatively docile insect that was also a prolific honey producer and had little propensity to swarm – previously almost an oxymoron. Brother Adam travelled the world, looking for different strains and importing them back to England. He set up a breeding station in a part of Dartmoor so remote that the process could not be ‘contaminated’ by other passing bees. Almost immediately he found success with an Italian queen whose offspring were resilient to Acarapis woodi, the Isle of Wight parasite. Within two seasons he had doubled the number of colonies at the Abbey and was selected by the order to become their chief beekeeper, a post he held until his retirement in 1992, shortly after I interviewed him. My particular interest was the native British ‘Black’ bee, which was believed to have vanished following the Isle of Wight disease. Brother Adam had crossbred it with the Italian stock which rendered it resistant to the disease but also diluted many of the characteristics that had made it ideal for the British climate. Couldn’t it, I asked him, be revived now the disease was long gone?  His answer was dispiriting. He believed that the British black had become extinct in its pure form from the 1920s. And, anyway, the man who had devoted his entire career crossbreeding to produce the multi-talented Buckfast bee had little interest in what he clearly regarded as a sentimental attachment to our native strain.

Bring back the black bee?

My idea was, perhaps, ahead of its time. Today, 30 years on, there is an active campaign to revive the native black bee. What are thought to be pure colonies have been discovered in remote parts of the Isle of Man. For current beekeepers, whether their interest is in patient crossbreeding to enhance desirable characteristics, or husbanding of centuries old pure strains, the possibility of genetically modified bees is regarded with horror. At a stroke, the life work of people like Brother Adam and like-minded members of bee research groups around the world would be destroyed. Once out, the GM genie can never be returned to the lab. 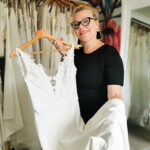 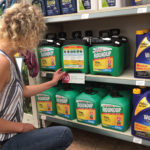