At the beginning of the new millennium and with increasing awareness of the impending environmental crisis, many of us are becoming more concerned about the knock-on effects of the choices we make. It can often be a challenge to know exactly what to do to make a difference when a quick internet search leads one down a rabbit hole of catastrophe and guilt.

Take food waste. Reports from the UN Food and Agriculture Organisation (FAO) state that a staggering third of the food produced for human consumption is wasted every year: all 1.6 million tons of it! Worse yet, this figure is expected to rise to 2.1 billion tons annually by 2030. Wasted food, otherwise known as surplus food, occurs along the whole supply chain from production to consumption. This has a detrimental effect on the environment because when surplus food is taken to landfill, it decomposes without oxygen, releasing the greenhouse gas of methane. It also causes a range of other issues, not least the destruction of the land that goes into farming uneaten produce.

While it can be easy to dismiss unsettling facts and figures like these as not our problem, it is important that action is taken on the individual level, however small the gesture may seem. When I heard about food waste app Too Good to Go, I was intrigued and signed up to test it out.

Too Good to Go works by enabling users to buy surplus food, in the form of ‘magic bags’, for a reduced price from local businesses. On the app’s website, it is claimed that every meal saves 2.5kg of CO2. Having heard that Morrisons has begun collaborating with the scheme nationwide, my interest was piqued. Could a free phone app really hold potential in “inspiring and empowering everyone to take action against food waste?” (toogoodtogo.org/en/movement).

My haul from the Zero Waste Company
PICTURE: Pasha Milburn

WHAT DO YOU GET?

I tried to secure a bag from the local Morrisons but was unable to do so. Talking to staff revealed why: Morrisons in Hastings currently only make up one bag a day (costing £3.09 but worth £10). Let us not judge what this says about Morrisons’ commitment to a green future, although they do plan to start selling an exceedingly generous two bags a day soon!

However, I was successful in nabbing a ‘magic bag’ from the Zero Waste Company in Tunbridge Wells. Costing me £2.50, and valued at £7.50, the bag contained an assortment of organic produce. 24 rainbow carrots, two baby leeks, broccoli and a single portobello mushroom were all welcome; although I struggled to find immediate uses for eight misshapen lemons! An Eccles cake was quickly consumed, and a stale lardy cake was transformed, along with some slightly suspect plums, into a comforting bread pudding.

Speaking to other individuals on the Too Good to Go Facebook group (where members post pictures of their bumper hauls and offer tips to others about how to secure the elusive Morrisons boxes before they sell out) many spoke highly of the variety and amount of produce they received in their bags. In particular, individuals praised the scheme for encouraging them to try new things and eat more fresh fruit and veg and spoke positively about being able to feed their families for less. However, feedback wasn’t all positive – others highlighted that the ‘surprise’ element of each box could yield unwanted results (such as twelve packs of celery or ten boxes of Viennese whirls!), or complained that they had received rotten food (bags can be made up of food past their best before date but should still be edible). However, when buyers could not eat all the food they had been given, I was heartened to see that many were going to donate what they did not want to a local food bank.

Too Good to Go is an app that holds great potential in offering an affordable and easy way for each of us to begin cutting down on food waste and taking a step in the right direction. However, as a little known app, Too Good to Go largely relies on individuals encouraging other local businesses to sign up to the app in order to start making a difference. If you know (or are) a local business (restaurant, supermarket, corner shop) that would like to join, visit toogoodtogo.co.uk/en-gb/business for more information. 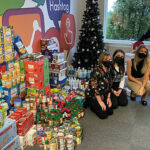 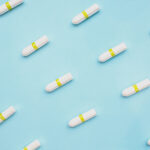 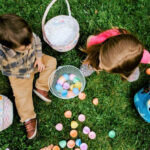 Fridge Parfait: How To Save The World By Reducing Household Waste