How do you pronounce scone? To rhyme with gone or cone? And do you put cream or jam on first? If you are shouting “Has to be cream!” or rolling your eyes thinking, “Everyone knows it’s jam!”, you’ll love the British Tea Museum, which opened at 42 George Street recently. “I realised that Teatime and British customs and manners were of great interest to people, and yet there was nowhere you could go to learn about them”, says the museum’s founder Rebecca Gildea. By Steven Short

Some of the tea on offer
CREDIT: Chris Parker

The Museum is part tearoom and part immersive tea experience. Pop in for a pot of tea, with no fewer than 20 varieties to choose from, and enjoy sweet treats courtesy of local baker Victoria (@victoriamadeuk) as well as a selection of sandwiches, or build your own afternoon tea, with vegan and gluten-free options available if booked in advance (and a prosecco option!).

But, if you’d truly like to immerse yourself in all things tea, you and
a group of friends could book yourself onto a 90-minute Teatime Masterclass, during which Rebecca will teach you about the social history of Britain’s favourite drink, and take you through a tea tasting. “One of my tea suppliers is Grey’s Tea, a descendent of Earl Grey”, says Rebecca. “We learn to prepare the perfect cup of tea and we also look at deportment. Guests then enjoy a cream tea, and the afternoon ends with a tea dance.”

Rebecca moved to Hastings in 2005 having worked in the EFL industry for more than 20 years. The masterclass is great for English students who want to learn about British culture while improving their language skills. She set up her company Tea and Deportment in 2016, as a way of sharing her love of and knowledge of tea. “I think I’ve entertained about 55,000 visitors to Britain and students with my afternoon tea activity, and I saw that there was a gap in the market for people to learn about the social history of tea in Britain whilst practising the customs and manners of British Teatime”, says Rebecca. “I wanted to buy a permanent venue which would celebrate teatime and educate people about one of Britain’s greatest traditions.”

Rebecca’s earliest memories of tea are “playing with my miniature porcelain tea set in a grass hut which I’d made in the garden”, but surprisingly, she only started drinking real leaf tea about two years ago. “The tea drinking habits of British people can be quite unadventurous”, she says. Something she is clearly on a mission to change.

Pay a visit to the museum to see exhibits about tea etiquette, the social history of tea in Britain, the Boston tea party, East India Company and the Opium Wars. There’s also a tea-tasting station, which offers six teas to taste and notes on how to taste tea, a Victorian carriage and even a dress up box. There’s an alcohol menu too, and Rebecca plans to put on live music on Saturday and Sunday afternoons.

• Find out more at: thebritishteamuseum.com 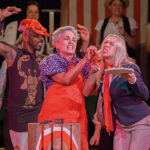 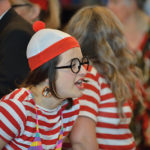 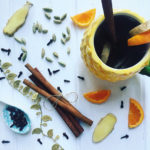 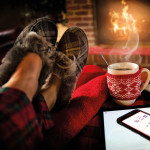 It’s all about you, you, you and a little bit me