This issue’s beer style is the current go-to beer for all beer lovers out there, but it’s also a beer with a long and interesting history. I am talking of course about India Pale Ale (IPA). IPA is a paler, stronger, hoppier member of the pale ale family and, despite its name, has never been brewed in India.

In 1790 the British were established in India and, like many of their ancestors, they found it hard to get a decent pint so far from home. They missed their beer but there were issues with brewing in India, it was too hot, the water quality there was poor and the basic ingredients were not available. Attempts were made therefore to ship English beer to India; however this took four to five months and the sweet dark beers made at this time were ruined due to the long rough journey and the temperature fluctuations of 30 degrees.

Mr George Hodgson was a man who was instrumental in developing a solution. He started his own brewery in 1752, close to the East India docks on the Thames, and evolved the style known as October ale, offering it to the seafaring captains going to India at reasonable terms. This beer, that became known as IPA, was a strong, hoppy and elegant beer able to withstand the conditions encountered during the journey to India.

The beer gained in popularity and demand developed for it back in the UK during the 1840s. By 1860 the style was widely brewed in England, and by the end of the century it had phenomenal popularity around the world. However, the decline of the beer was steep in the twentieth century where it became just another English bitter, a pale shadow of its former self.

In the late 1970s, modern craft brewing was beginning to gain momentum in the USA. The brewers there, led by Anchor Brewery and Sierra Nevada, wanted a beer style they could make their own. They chose IPA but used local hops, particularly from the Pacific Northwest Region – and lots of them – giving intense citrus, fruit and pine flavours with a typical ABV of 5.5 to 7.5 %.

They made the style hugely successful again and it is now one of the two most popular craft beer styles synonymous with craft beer itself; it’s showing no signs of losing popularity despite a long reign as the go-to style.

There is no doubt that if you like beer you must try an IPA. It has a fascinating history and the flavours have to be experienced once – initially, then many more times by any beer lover.

• David Brumley is the owner and Proprietor of Twelve Hundred Postcards,
a traditional ale house in Queens Road Hastings. 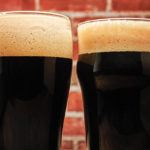 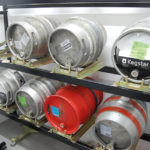 Challenges of the Small Business Start-up 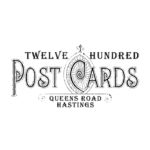 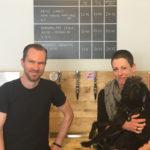