William Parker Grammar School’s curate of pure evil is Titus Oates, a thoroughly degenerate man and so it is not surprising that on websites detailing the History of Hastings Grammar School, his story is often omitted. His gross behaviour led to the agonising deaths of many in an ongoing climate of fear between Catholics and Protestants caused by Guy Fawkes some years before.

Guy Fawkes was born on 13th April 1570 and died when he threw himself from the scaffold, thus breaking his neck and avoiding being hanged, drawn, and quartered on 31st January 1606. Fawkes hated Protestant King James I and wanted to have Catholic Princess Elizabeth enthroned in his place. As is well known, on 5th November 1605, barrels of gunpowder were discovered in vaults beneath Parliament. Guy Fawkes is now a hero to anarchists, and it is said by them that “he was the last honest man to enter Parliament”.

In 1619, the Reverend William Parker died but left in his will sufficient money to form a Grammar School for Hastings. Later, William’s nephew became Mayor of Hastings and the nephew’s son, also called William, became the headmaster of Hastings Grammar School.

King James I died on 27th March 1625, and the excessively proud Charles I was crowned King only to be executed by warty Oliver Cromwell on 30th Jan 1649. Eventually, King Charles II, a man with a slobbery face like a bag
of wet flour, was enthroned on 29th May 1660. Throughout this period there were real plots – echoes of Guy Fawkes, in which Catholics wanted to usurp and destroy Protestant monarchs, including the Rye House Plot in which the King and his brother and heir, James, Duke of York, would be murdered.

Now we begin to look closely at our anti-hero Titus Oates and his false Popish Plot. Oates was born in Oakham, Rutland on 15th September 1649, a few months after Charles I had his head chopped off. Titus’ father Samuel was an Anglican priest – previously chaplain to Oliver Cromwell’s Model Army. He moved the family south and became a schoolmaster at William Parker Grammar School (then called Hastings Grammar School) and also the vicar of All Saints Church in Hastings Old Town in what was then called Fisher Street. He sent Titus to Cambridge University where he failed totally but generated a reputation as a pervert. He returned to Hastings to continue his education with his father. Through his father’s intervention he gained a post as his father’s curate at the Grammar School. Almost immediately he accused both the headmaster, William Parker, and William Parker the Mayor of Hastings, of buggery in order to gain the a post as the headmaster of the Grammar School. When the charge was proven false, he was taken from Hastings Court to a prison at Dover where he escaped and ran away to sea, joining HMS Adventure as a curate. On board ship he was accused of buggery and dismissed from the Royal Navy, narrowly avoiding being sentenced to death.

What sort of a man was he? Those who knew him described him as “repellent within and without. He was short, with bowed legs and broad shoulders, topped by a bull-neck and a large, moon-faced head. His eyes were small and deep-set beneath a low, heavy brow, his mouth was more of a slit that bisected his purple face, and his chin long and monstrous. He spoke not with so much as a voice but with a rasping whine or an insolent bark.”

The story moves on. In 1677, Titus Oates managed to get a post as a chaplain to a Duke, converted to the Catholic Church, went to Spain, tried joining the Jesuits but was expelled, then back in England made friends with a man of similar evil called Israel Tonge – a hater of Catholics. Tonge and Oates wrote a manuscript about an imaginary plot by His Holiness the Pope Innocent XI (Benedetto Odescalchi) and hid it in the home of physician Sir Richard Barker, where it was discovered behind a wooden panel. The Popish Plot plan was to shoot the King with a bullet, and he would either die or survive, but if the latter, then the King’s physician would poison him as he treated the bullet wound.

Due to the paranoic legacy of Guy Fawkes, King Charles II started to believe this fabricated rubbish and people were arrested including the secretary of the Duke of York’s wife, the Catholic Archbishop of Dublin, and the famous diarist, Samuel Pepys. Titus also accused Jesuits who had thwarted his plan to become a Jesuit in Spain.

Nine Jesuit priests were executed mostly by hanging. Twelve perished in prison. Five innocent Catholic Lords were put on trial for treason including Viscount Stafford. The court proceedings were a sham as no-one accused of treason was permitted defence counsel. Stafford was found guilty and executed. The investigating judge, Sir Edmund Berry Godfrey was then murdered. He was found face-down in a ditch impaled with his own sword – though he had actually died of a broken neck while being strangled.

The nightmare of lies went on. Oates then accused the Queen of trying to poison the King, so Charles had him arrested, but Parliamentary king-haters amazingly ordered his release and gave him an allowance of twelve hundred pounds a year, (an income value today of £4.2 million pounds per annum) and a state apart-
ment in Whitehall. Then, even more terrible, was the trial and execution by hanging, drawing, and quartering of Oliver Plunkett, the Catholic Primate of Ireland, the twenty-second innocent victim of the lying mendacity of Titus Oates.

The King reached his limit. On 31st August 1681 Oates was ordered to leave his apartment in Whitehall. In 1684 he was arrested in a coffee house for referring to the Duke of York as a traitor. He was fined the incredible sum of £100,000 (income value £16 million) and imprisoned for debt.

On the 6th of February 1685 King Charles II died of kidney failure, and Catholic James II was enthroned. All those imprisoned during the paranoia over the Plot were released (apart from the many who had been executed or died in prison). Oates was still in gaol for sedition, and in May he was finally convicted of perjury. His judges included the infamous “hanging judge” George Jeffreys. One other judge, George Wythens, commented: “I do not know how
I can say but that the law is defective that such a one is not
to be hanged.”

Perjury did not carry the death sentence, but Jeffreys did his best. He had Oates placed in the pillory for two days, then whipped through the streets for two days – usually sufficient to kill a man, but Oates survived. He was returned to prison. Judge Jeffreys ordered the whipping of Oates to be done annually. He died on 12th July 1705.

Book reviewer C. J. Acheson says of Jane Lane’s biography of Oates: “She writes with great feeling of the tragedies in noble and innocent lives produced by the insane exhibitionism of this once obscure and always warped and evil man.” 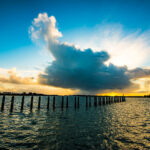 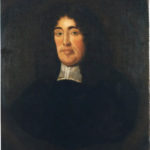 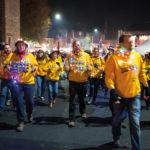