When I was much younger, I wouldn’t return to Hastings Grammar School on time after lunch. When I did finally arrive around 2.30pm, the class would call out, “Here comes King Neptune!”

I’d been standing by the railings at White Rock Baths watching the implacable waves of the English Channel, driven by an Atlantic gale, smash and splash, soaking me in great clouds of icy spray. I had a fascination for the sea, ever hopeful that a giant humpback whale would rise up out of the foam, rather than merely finding a Portuguese Man-o-War cast up on the pebbles.

It’s good to remember that Hastings is a seaside town connected to the giant continuous ocean of the world. From our harbour, you could take a suitable boat and sail to Antarctica or Borneo – or even Christmas Island, where Father Christmas does not live. Hastings has a vast sea history. You can sit on the beach now and dream of the Saxon, Viking and Norman fleets that battled or invaded here, observe the wreck of the Dutch East Indiaman, The Amsterdam during a Bridge Way low tide. You can look at newspaper archives showing wartime submarines cast up on the foreshore – or think with great respect of the Spitfires, Hurricanes and bombers that have plunged into deep water here during our battles for survival as a nation.

The sea at Hastings is a precious asset, so how much do we care about our coastal marine environment? We have a rare beach-launched fishing fleet, constantly under threat from regulation and territorial invasion. It is set on the Stade Strand, beneath a magnificent backdrop of giant sandstone dinosaur cliffs nested by falcons. We await Brexit decisions on French incursions into our limited fish stocks. Gone are the days of unlimited cod, Biddy the Tubman and the tourist barrow showmanship celebrating each kind of fish, with a cigarette stuck in the mouth of a Dover sole or plaice. At least we do have a fine and fascinating Fisherman’s Museum.

What is the Blue Belt?

What about under the sea? Do we have a rare marine environment, and can it be saved for posterity? Marine Conservation Zones (MCZ) protect our diverse species and habitats in the 91 segments of the ‘blue belt’ around the English Coast. These are set out on a map, here: https://jncc.gov.uk/mpa-mapper/ – and the protection zone that includes Bexhill and Hastings as far as Hastings Pier is called Beachy Head East. Natural England marine scientists have examined the area and found some interesting geology, including high energy rocks, peat, clay and chalk –  and some very interesting creatures – for example, Ross worm reefs (Sabellaria spinulosa) and the lovely short-snouted seahorse (Hippocampus hippocampus).

When you go past Hastings Pier, you are into another MCZ, the Dungeness, Romney Marsh and Rye Bay special protection area, governed by the Conservation of Habitats and Species Regulations 2017. In this zone is some of the very finest wildlife in the UK, detailed in a 13-page scientific document covering for example, all the birds at Rye Harbour Nature Reserve go here.

How Lucky are We!

The two coastal marine conservation areas near your Bexhill or Hastings home are a paradise for wildlife that lives under the sea and upon it. We already know that global warming is causing migratory species from Europe to settle and breed – so this year for example, we have had rare willow emerald damselflies breeding in Combe Valley and three great white egrets have also been seen feeding there – not to mention the 100 cormorants that roost in the Combe Valley trees and fish from the rocks at Galley Hill. Over at Sussex Wildlife’s Rye Harbour Nature Reserve: https://sussexwildlifetrust.org.uk/visit/rye-harbour we have a staggering array of flocks – thousands of birds – even spoonbills, marsh harriers and peregrines, all flying or settling in an area of mosaic of coastal habitats – shingle, saltmarsh, saline lagoons, coastal grazing marsh, freshwater gravel pits and reedbeds. The Nature Reserve has a brand-new visitor centre and café subject to Covid regulations – so check before visiting.

To see all the summer birds at Rye – go here and to see the amazing set of winter birds – go here.

Not a paragraph about cooking soup but how many little fishies we can put upon our little dishies – not many? Marine conservation means saving the environment and managing the life that lives in it in a sustainable way. From the shore, using sport fishing you can find the best places to fish in our area using this website but what about foreign trawlers and our own fishing boats?

To see the true state of fish stocks, use this website which shows a thankfully improving situation in the conservation targets and results – more fish are being conserved and stocks are rising: www.eea.europa.eu/data-and-maps/indicators/status-of-marine-fish-stocks-4/assessment but there is still deep controversy which could end up with a no-deal Brexit because of the refusal of UK to permit boats from other nations to take the fish stock.

Here’s what the French feel about it here.

So, what has happened to my schoolboy Sea Dream? No humpbacks have appeared – nor mermaids or ship-devouring giant snake-headed squid
come to that – but there is no doubt that the sea at Hastings and Bexhill has a rare marine environment worthy of protection – and it still generates schoolboy excitement in me, as I watch the waves crash at White Rock in winter and see the sunlight flash across the glass surfaces in summer. And – thank goodness for conservation – you can still get fish and chips! 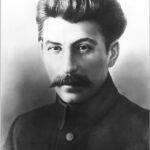 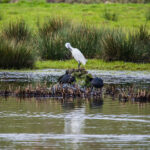 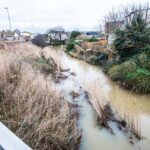 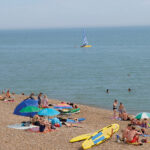 Which? subscribers don’t rate Hastings… But look for them at Dungeness!