READER: Whoops! Bit of a typo there!
MYSELF: What do you mean?
READER: Up there, under your name. Porpoises. I think you meant purposes
MYSELF:  Not at all. On top of my other talents, I’m also a state-registered porpoise trainer, and a very good one at that.
READER: I had no idea. What do you train them to do?
MYSELF: I train them to catch penguins. That’s my field.
READER: Catch penguins? Wait a minute… penguins? That’s ridiculous!
MYSELF: Ridiculous? Why so?
READER: For a start, I have personally never, ever seen a penguin around here and what’s more I’m pretty sure I don’t know anyone who has.
MYSELF: No further questions M’Lud.

EMIN THE MONEY
Tracy Emin, controversial installation Artist and Professor of Drawing at The Royal Academy, has broken the record at Sotheby’s for the most money bid for a restaurant bill exhibited as a piece of conceptual art. The bill, which included two bottles of Merlot at £13.95 per bottle, and two Napolitano pizzas, with extra artichokes at £8.95 each, amounted to £54.75. A tip was also added to the bill, the amount of which Ms Emin has refused to disclose. Challenged by our art correspondent after the auction, she robustly defended her decision; “Revealing how much I tipped would be like to totally undermine the whole idea of the transaction, my transaction, where the juxtaposition of like, the wine for instance, which was like there, on the table, like, before I’d even paid for it right? Yet, after I paid for it, the moment, if you like, when it actually became my wine, it was gone. The confidential tip I left the waiter, who, in a sense, was merely curating my meal, represents the like, balance between the objectivity of the sequence and the way in which I tried to emphasise that sequence within the embodiment of the work itself. Knowing the actual sum the waiter received as a gratuity would, I fear, ruin the objective essence of the experience for the viewer.” Titled: I Was Hungry When I Ordered This, But I’m Not Now, the piece was sold, according to Sotheby’s, to an anonymous ‘Eastern European’ internet bidder for £11,350,000. It’s rumoured destination is the London boardroom of Megacon-Kashlawn-Drett, the giant Russian food, oil, gas and online gambling conglomerate registered in the Galapagos Islands.

CHLORINATED FINGER LICKEN GOOD
“The sky is falling, the sky is falling!” cried Chicken Licken, but no-one believed her. Nevertheless, she kept going on about it. “The sky is falling” she insisted. “Nope”, people would say stubbornly, “it ain’t.”Then one day the sky was falling, and do you know what? By now, most people didn’t even want to believe Chicken Licken. Some of them just sighed and shook their heads, others covered their ears with their hands and sang a special song,”La-la-la.” That didn’t put the sky off at all though, and sure enough it came down with an almighty crash, right on top of them.

TOTAL LUNAR
Boris Johnson has promised that, were he to be elected properly, by the votes of ordinary members of the public in a General Election, he will start work on an ambitious project to build a bridge to the moon. Asked if it was to be a garden bridge, he replied in inimitable Johnsonian prose, “Not ay… garden bridge, which thee… labour party scuppered at great cost incidentally, no, this will be will be ay…. fully functioning bridge and, and, which will…which will be ay….bridge… spanning space and time like that ancient Greek wonder the Colossus of Rhodes, except in this case it will be the Colossus of Roads”, (pause for laugh, display stupid, smug, repellent grin, run fingers through hair), “and will be ay… signpost to …thee… rest of the world, a signal if you like, that we are ready to begin trading again, free of the handcuffs shackling us like Suffragettes to the wrought iron fence that is the European Union.” He declined to list the trading advantages of a lunar deal, except to say that the moon’s under-exploited reserves of green cheese would be “just the ticket” to replace the “avalanche of fromage” currently entering the UK from France and Holland. “Where there are chips,” he added, lighting a large cigar and draining a bottle of Cognac, “we will piss on them. Where there is hope, we will trample it. Where there was once peace, we will introduce conflict. We shall fight them in the shopping centres, we shall fight them on the internet. We shall fight them in the bus lanes, on British bicycles, forged from northern steel. We shall never surrender.” 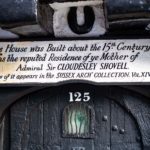 A Fateful Emerald: The Story of Sir Cloudesley Shovell 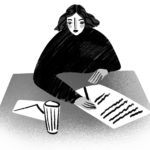 To All The Men I’ve Loved… 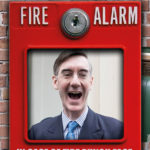