I DON’T NORMALLY READ THIS NEWSPAPER BUT…
Perhaps we were short on content, but it appears that we have now decided to publish things because “they didn’t think we would” (LEAVING THE EU – In the interests of remaining neutral, issue 134). In it, its author Paul Steerwood declares, without a hint of irony, that having looked at my colleague Bird Guano’s satire pic The Ascent of Man from a couple of issues ago, he “hardly needed to read a word of the paper to understand (HIP’s) stance on Brexit”. Fine words, which manage to fail on every level to butter any parsnips. I would remind Mr. Steerwood that although one picture speaks a thousand words, they are not necessarily the words that immediately follow it. Even so, one has to admire his ability to look at a satirical illustration (which, incidentally, was a warning about the dangers of political precedents being set by powerful, vacuous people, not an opinion about Brexit), and project upon it the entire political stance of HIP without the need to read a word of the paper.  This is exactly the type of thing one can hear every day from the tiresome armchair experts who spend hours queuing on talk radio switchboards, eager as puppies to express opinions about subjects of which they know nothing, and furthermore claiming to have always held those views. Had it been my decision, I would have situated Mr. Sheerwood’s ill-considered and patronising point of view exactly where it belonged, directly adjacent to a headline in another section of that issue; Still Watching Paint Dry, not that he would have needed to read a word of it of course.

HOW ZUCKERBERG, CUMMINGS, JOHNSON AND TRUMP KILLED THE DYSTOPIAN NOVEL
1984? Brave New World? You couldn’t make it up right? That’s because all of the terrible warnings contained in those prescient books are demonstrably unfolding before our very eyes. As the wrapping on the shit parcel disintegrates, the contents fall out. A priapic liar, plainly unsuited for any kind of public office is now Prime Minister, if only in name. The real PM, unelected troll-for-hire Dom Cummings, now exercises sacking rights over civil servants and oversees sinister mind-controlling techniques to influence the electorate. Does anyone really care? After all, Boris is amusing, isn’t he? Hilarious in fact – almost as funny as cholera or having your penis stung by a wasp. As Chicago Tribune columnist H.L .Mencken said in 1926, in a column titled Notes on Journalism (a quote usually shortened and attributed to the great showman P.T.Barnum): “No one in this world, so far as I know — and I have searched the records for years, and employed agents to help me — has ever lost money by underestimating the intelligence of the general population. Nor has anyone ever lost public office thereby.”

He later added (and don’t forget this is 1926): “The mistake that is made always runs the other way. Because the plain people are able to speak and understand, and even, in many cases, to read and write, it is assumed that they have ideas in their heads, and an appetite for more. This assumption is
a folly.” 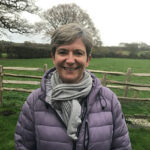 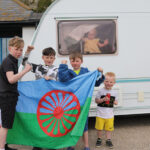 When the Travellers Came to Town 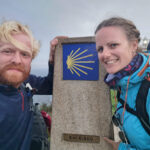 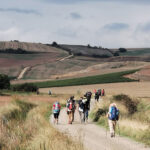 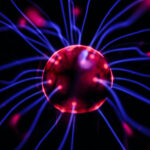