The reconfiguring of open on grand parade

Rossana Leal, whose award of Woman of the Year at the Women on the Move ceremony was featured in HIP issue 123, has exciting plans for ‘Open’ on Grand Parade, St Leonards. Rossana founded the Hastings and Rother Refugee Buddy Programme and is inspired by many who have used their talents to survive. Syrian ballet dancer, Ahmad Joudeh is one. As the Guardian reports, he dances to survive the devastation of war. “You have to go on living your life” said Rossana, and she is setting up a facility to enable refugees to work out their own journey towards recovery through skill sharing and collective responsibility.

“We all look for refuge and safety at some point in our lives”
“We all experience anxiety, loss and displacement.” said Rossana. “The space will put across the concept of refuge as universal, not unique to refugees”. Through the visibility and inclusivity of the space at Open, she hopes to break down some of the myths and supply a space where people can develop their ideas and integrate with local people.

“Refugees are often consulted but not allowed to lead”
The space will be fluid, its appearance and uses responding to ongoing consultation with the users, refugees and their buddies, who will take responsibility for organising and running the facility, though they welcome anyone who wants to contribute. There will be a cafe and space to hire for events, exhibitions, meetings, workshops, etc. The cafe is already licensed to sell drinks and pastries to take away. Syrian pastries will be made at home and Rossana is arranging for the use of local registered kitchens and for all who work in the cafe to get food hygiene certificates. This is more to create income for the participants than for the facility. It’s a small start, but I’m guessing these pastries will soon be in huge demand.

The space will be open to hire for exhibitions, though priority will be given to the work of artists who have not been honoured or represented and whose work celebrates a determination to use talent to survive trauma.

“The Beaker folk – comin’ over ‘ere … with their drinking vessels. What’s wrong with just cuppin’ up the water in yer ‘ands?”
Stewart Lee in Comedy Vehicle

Our culture has been enriched for centuries through contact with others, many of whom have made their mark first, then got the necessary permissions later. The architects who designed the De La Warr, for example, won the competition for the design but hadn’t been granted the right to work. In 1727, ‘Handel’s Naturalisation Act’ was passed to enable the composer to work in the UK. Legislation still favours only the few exceptions. According to research by Migrant Voice, 74% of people in the UK are in favour of lifting the ban on working from asylum seekers. It would bring £42.4 million into the UK*.

Open will create an opportunity for us to short circuit assimilation. Many of those arriving have skills that need to be adjusted to UK conditions. Growing their own food, for instance, is a big part of Syrian culture, and a bit of advice about how to adapt their methods to the UK climate would speed their progress and perhaps teach us about new plants.

The Buddy project has many successes. One example is Fatima, a young woman who had done a year’s interior design course in the Lebanon and was linked to a buddy working at the De La Warr. Fatima is now a Refugee Week Ambassador. She will represent Hastings at the national event, speak at Festival on the Lake, and manage social media for Open. She will communicate the results of the consultations to a group of architecture students whose responses will form part of an exhibition and events around the ideas of safety and displacement to be shown at the De La Warr in June, and this will flow back to influence the space at Open.

“We’re doing this on no money”
Many routes to funding are not available because the project doesn’t have an appropriate structure such as a permanent finance/personnel/project manager, although in practice, professional expertise is available through volunteers. They are also operating in an environment of hostility from government and the media. Rossana, who is very experienced at running projects, says what’s needed is people who are passionately connected to the project and understand the kinds of organic processes which make things work. “Working things out collectively is a longer process, but a better one. In Britain we need grass roots activism at the moment. We need a combination of passion, integrity and empathy, with process as a guide, not at the heart of projects.”

The rent of the building is shared. You’ll find there: James Nash, hairdresser and a hub in his own right; Dominic the framer; Rummy Thind, Mindful Meditation practitioner and teacher; Alex Kempton of City of Sanctuary who checks the buddies for DBS clearance and references. In the basement is 55 Prints, who will hire out an A1 screen printing workshop and equipment by the hour and have the potential to print on wood and canvas.

As well as the cafe, professional chefs will offer pop-up Syrian suppers. There is a wide format printing machine and a shrink-wrapping machine for public use. BBE music** are organising a fundraising event at the De La Warr with a show of club culture and acid house photos.

Click here for the GO Fund Me link to fund the space and employ a buddy co-ordinator.

• To find out more, pop into Open or follow the links. hastings.cityofsanctuary.org/hastings-buddy-scheme.
Also find out about the dancer at: ahmedjoudeh.com

Open will launch officially on Thursday 13th June with an exhibition by local photographer Andrew Grainger, portraits of the families with their buddies, to celebrate the Hastings and Rother Refugee Buddy Project. 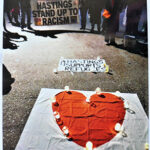 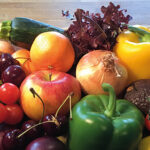