People seeking asylum have been part of our Hastings community for over twenty years, when the town was designated by the Home Office as a dispersal area. Back in 2000, when asylum seekers were accommodated in a large hotel in Warrior Square, it was discovered that the National Front was planning to organise a march against them. The local MP at the time and the Leader of the Council were presented with a petition of over 6,000 signatures calling on the march to be banned. Thanks to this petition from local people and businesses, and cross-party backing, the Council was able to call on the police to ban the march. Thus, Hastings has a long history of support for those waiting here for their asylum decisions, and many people already here who finally get a positive decision choose to make Hastings their home.

Often waiting years for their decision and not permitted to work, people in the asylum process are expected to live on the most minuscule daily allowance. During the pandemic £20 per week was added to Universal Credit, so we argued that the same principle should be applied to those seeking asylum. Instead, the Government awarded an increase of just 3p per day – bringing the amount to £5.66. Apart from basic accommodation, this must cover everything: food, clothes, hygiene necessities, transport, phone cards to contact family and solicitors. We know that currently there is serious digital exclusion and data poverty amongst the asylum seekers in our town, and this is leading to significant deterioration in mental health through the resulting isolation. We also know that at least 50% of this group, which includes families with children, have been forced to use foodbanks.

Had they been permitted to work, they would have been in a completely different position, able to contribute towards our society’s coping with the pandemic and far better able to withstand its effects, instead of being pushed ever further towards destitution and ill health. These are people in our midst, some known personally to the authors. It is on behalf of them and everyone in similar situations that we have been campaigning for the past two years for their right to work – in the Lift the Ban coalition campaign.

Lift the Ban in Hastings

During this time, Lift the Ban has steadily increased its support everywhere, including in Hastings [see Issue129 Lift the Ban and Issue 130 Lift the Ban: Let Asylum Seekers Work!].

In October 2020 a petition of more than 180,000 signatures was presented to Parliament in support of the right to work after six months for those seeking asylum, in any occupation or profession for which they may be qualified. Hastings contributed nearly 800 of these signatures, collected from businesses and individuals – a major achievement for a small town. On our street stalls we found that almost everyone wanted to sign up. Again and again, we heard the comment that allowing people seeking asylum to work is ‘sensible’. And this is the mantra of the campaign itself – ‘it simply makes sense’.

Lifting the Ban is Common Sense

It makes sense economically. Nationally, there would be net gains for the Government of at least £97.8 million per year and huge economic benefits to our society from tax, NI contributions and reduced payments for asylum support. It makes sense in terms of the skills shortages across the country, with so many people seeking asylum being highly trained in a wide range of occupations. In particular, it makes sense in terms of our current health crisis. A recent skills audit of people awaiting asylum decisions, including local Hastings people, confirmed that nearly half of the respondents had former occupations as ‘critical workers’, 1 in 7 having worked in health or social care. 77% had already, or would like to have, volunteered for the NHS.

Repeated polls show that nearly 70% of businesses and well over 70% of the general population are in favour of the right to work for people seeking asylum. Indeed, very recent opinion polling by the Lift the Ban coalition in the 35 most marginal, mostly ‘red wall’ constituencies has confirmed spectacularly what we have been finding here in Hastings too: that this agreement transcends all political divides, giving the Government a clear steer on this aspect of asylum policy.

Lift the Ban in Parliament

Further illustration of this came on Wednesday 18th November, in a Westminster Hall debate where MPs from across the UK political spectrum made the case for changing the rule, citing Lift the Ban’s research on the advantages of doing so and on current public attitudes towards this topic. They emphasised the numbers of people banned from working as more people wait ever longer for a decision on their asylum claim – nearly 40,000 at present – thousands of whom have waited years; and, crucially, the very real risk of exploitation resulting from the current rules.

Among those contributing, Conservative MP David Simmonds asserted that lifting the ban was in line with the governing party’s own values, stating: “When people arrive and could be working in our hospitals, our care system or, frankly, in any kind of job that their skills and experience make them fit to do, we as Conservatives should enable them to do it, rather than having taxpayers pick up the tab for their costs while we make a decision on their long-term futures. That view seems to be gaining a high degree of traction.”

From Lift the Ban Campaign film

No other European country enforces a 12-month waiting period. Sweden and Greece allow people to work as soon as they claim asylum, while in many other countries, people seeking asylum can work after two, three or six months. Enabling people to work in any occupation after six months here in the UK would mean they would retain their dignity, contribute and pay taxes, avoid needless destitution which can lead to illegal working and potential deportation, learn the language, utilise and maintain their skills and be treated like valued members of the community.

It is fundamentally wrong to allow this situation to continue. ‘Lifting the ban’ would be a pivotal step in fixing what the Home Office itself now refers to as the ‘broken’ asylum system; it would transform thousands of lives overnight, affirm the basic decency of our society as expressed in the polls cited above, and, crucially, make the asylum process very much fairer than it currently is.

The question of the right to work is a simple matter of a rule change, which could be signed off from one day to the next by the Home Secretary. All the evidence now shows that it is truly time to #Lift the Ban.

• You can find out more at our dedicated webpage: hastings.cityofsanctuary.org/lift-the-ban-campaign

• New (November) research report on the effects of increased poverty in the pandemic for people seeking asylum
asylummatters.org/wp-content/uploads/sites/117/2020/10/Locked-into-Poverty-Life-on-Asylum-Support-Nov-2020-Web-Ready.pdf

• The excellent recent Lift the Ban report gives all the facts and figures, as well as personal testimony,
lifttheban.co.uk/wp-content/uploads/2020/07/Lift-The-Ban-Common-Sense.pdf 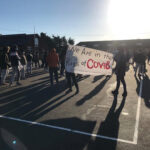 « Tier 2 restrictions and Covid support
The Joy of Giving 2020 »