The common link between my time working at a hotel that subsequently burned down, interviewing Basil Brush and spending ten weeks walking backwards around Sussex with a stop-go lollipop and a walkie-talkie radio behind four 25-ton vibrators is the town of Hastings. Ian Gilbert writes. 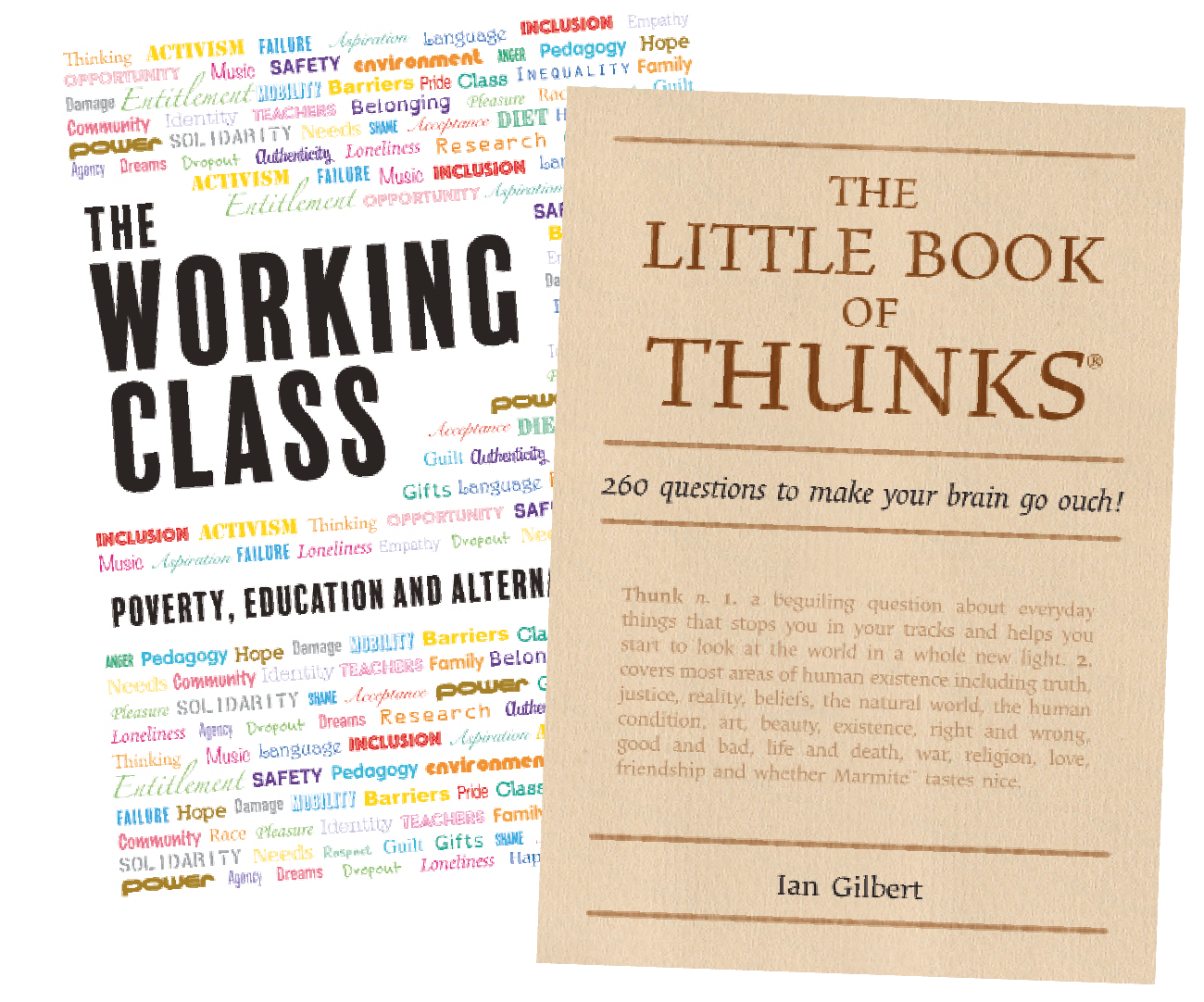 It was my gap year and I needed to find a job or two and these are the ones I ended up with. At that time, I didn’t know what I wanted to do with my life, but I did know I didn’t want to go into education. How wrong I was. Since becoming a French teacher in the ‘90s despite my best intentions and going on to set up a unique educational organisation called, appropriately, Independent Thinking, nearly 25 years ago, I have come to learn that if anything is going to change in our troubled world, it will start in the world of education.

Education has two roles and, for communities such as Hastings, the second one should not be overlooked. Firstly, it needs to prepare young people for the world as it is by equipping them with the skills and knowledge to navigate an uncertain future and, increasingly, a precarious present. But it can’t stop there. We also have a duty to equip children with the ability to also change the world, so the future will be different to the present. To learn to read and write the word so they can learn to ‘reread and rewrite the world’, to paraphrase the great Brazilian educator and campaigner Paulo Freire.

Teaching children how the world is is one thing, but teaching them how the world could be and what their role in it can be if they choose is hugely important too. Life in towns like Hastings won’t change by sending out highly qualified children. It changes by people thinking differently and to think differently we first have to learn to think.

The Working Class – changing the narrative
This is a brand new book in which I have brought together over 40 contributors with
one aim in mind – to change the narrative. Countless governments have failed to address the achievement gap that exists between children from poorer backgrounds and their more wealthy peers. One estimate, included in the book, is that if things carry on as they are, it will take another 50 years before the gap is closed. Which is 50 years too long for everyone concerned.

Rhetoric and reality
Seeing the disparity between the rhetoric about the ‘feckless poor’ being peddled by ministers and the media and the actual lives and needs of children and their families living through the worst ravages of the age of austerity, I set out to collect an alternative set of knowledgeable voices with a different view of what was needed.  Answering the call via the Independent Thinking blog pages and social media (@ITLWorldwide), a wide range of educators came forward, from academics and school leaders to classroom teachers, award-winning educational writers and even performance poets.

Despite the breadth of experience and backgrounds of the contributors, many of whom were from working class backgrounds themselves, they are united by a sense of injustice, not just about the current educational reforms which are seeing a narrowing of the curriculum and an increasing number of poorer children excluded from school, but the wider social inequity which is at the heart of so many of the issues that arise in our schools. After all, as I say in the book: ‘Education’s problems are not all education’s problems’.

Complexity – there’s always another way
What emerged is a series of articles, essays, reports and poems all woven together with the latest research about the education and wider lives of children in poverty. It’s both a challenging and provocative read and a weighty but eminently accessible tome that has been described as a ‘beautiful anthology’. What is clear too, is that, despite the impression the dominant political and media voices might be giving, the problem of closing the achievement gap in our schools will only be adequately addressed when all players recognise two facts that come through loud and clear throughout the book:
• It is more complex than anyone is telling us
• There is always another way.

Complexity is a fact of all our lives that doesn’t fit well with political soundbites, short-term solutions and the limitations of Twitter. Complexity means that to fix ‘a’ we may need to look at ‘x’, and by focusing purely on ‘a’ we might not only make ‘a’ worse but also make a holy mess of ‘b’ and ‘c’. Complexity means that the diet and lifestyle of an expectant mother can have an impact on a child’s behaviour ten years later, that a focus on standards and behaviour can make both worse for certain parts of society, that excluding a child from school at the age of 12 means he, or she, (usually a ‘he’) is more than four times more likely to end up in prison as an adult.

Unless we understand the interconnectedness of everything we will never address the achievement gap in the classroom, a gap that is influenced directly and indirectly by educational policies, health policies, social policies, crime policies, treasury policies, environmental policies and more.

All of which means, there is always more than one way to make a difference, a far cry from the TINA (‘There Is No Alternative’) claims of the Thatcher and Reagan era, ushering in the current neoliberal narrative of unconstrained free markets, trickle-down economics, society is dead, so it’s every man, woman and child for themselves and if you don’t make it like we have then you only have yourself to blame.

Education and Politics – the passing on of state values
There is, it is clear, an overtly political tone to the book aimed at educators but, as
I touch on in my acknowledgments, I was mistaken for so long to think that education had nothing to do with equity and social justice. Increasingly, with teachers suffering the effects of austerity, both professionally and personally, they are waking up to the fact that you can’t separate politics (small ‘p’) from education.

If what is taught (curriculum) and how it is taught (pedagogy) are state sanctioned, then the views and values of those running the state are passed down to the children in our classrooms. There may be claims of school freedoms in terms of the curriculum (but only for schools that have opted out of local authority control), but even that is a vacuous claim with schools judged heavily on the results they achieve by adhering closely to the prescribed curricula of their exam boards which are influenced by government.

Furthermore, various voices from the Department for Education have made it clear through their vocal support of certain traditional and hard-line voices, bloggers, schools and academy chains that they have a clear idea of what they think a good classroom looks like, one in which there is little space in the round holes for the square pegs.

What are they learning?
This brings us back to teaching as a political act and, when it comes to the education of our most needy children, one that we need to reappraise without delay. Hence The Working Class.

With chapters covering issues such as the importance of the Arts, the impact of
early language acquisition on subsequent school achievement, the ‘binds’ experienced by children in poverty that are so difficult to escape from, the health, diet and environmental influences on neurological development, the compounded issues of race, ethnicity and poverty and even the need for school trips for children who might otherwise never leave their neighbourhood (including a vivid description of a day trip to Hastings), the book leaves few stones unturned.

A town such as Hastings has more than its fair share of community issues. Together, supported by this book, the town can work together as a community to address them, with schools right at the heart of this important work.

• Find out more at: independentthinking.co.uk