If you can tear yourself away from the stunning view which hurls a shining arc of sea at you on the bend of Priory Road, you’ll find a ragged path forking to the left as Plynlimmon Road begins. This may seem immediately enticing to those who can’t resist a chance to go off-piste, but most of us will need a reason to drive down this stony cul-de-sac, unnamed by Google. I’ve written before about places which combine the considered and the serendipitous as essential ingredients for creativity, (HIP and the Bavard Bar) and the Beacon is another such place: a beautiful house and garden embracing a small, but diverse and forward thinking community.

A long room, bounded at both ends by the gardens, hosts talks by artists, writers, collectors of extraordinary things; people at the forefront of movements towards sustainability in energy, food, the environment. These are followed by the most delicious and elegant suppers prepared from scratch using locally sourced ingredients. There are workshops, Yoga and Pilates classes; there’s a licensed bar; you can hire rooms for weddings, for parties, musical events, exhibitions. You can stay there for B and B.  On Early Bird Thursdays, the house is open from 5.30 for refreshment and relaxed trying on of clothes from the Clothesline range, and, you can get a haircut. 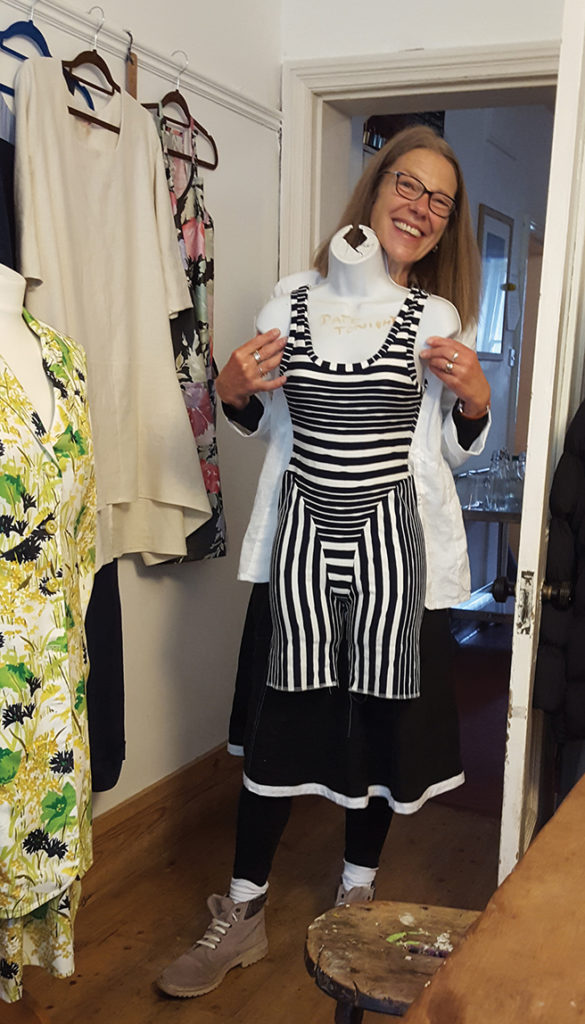 From sheep to chic
When I first visited the Beacon, not long after Judy and Nick had bought it in the early nineties, you might as easily have tripped over a child, a dog or a sheep in the house, and people were wandering about with a glazed look as if slightly drunk on the romance of the place. This is of course the best mind-set to have if you are camping out in a building that has been lived in by 74 students, and whose floors have buckled beneath 19 toilets and showers. One of the practical uses of romance is that it cocoons you through the long periods of discomfort that go with dealing with the things you didn’t anticipate. It would be a mistake, however, to assume that Romantics are perpetually, and only ever, muzzy headed. Judy Dewsbury’s ability to think like an engineer first found expression in her training as a fashion designer and has been an essential resource in the evolution of the Beacon as a centre for the arts, along with her refusal to be bounded by convention.

Before the students, the house was described in an ad in the Hastings Observer as “Ladies Establishment, Alexandra College (in union with the London College of Music)…principals the Misses Mennie. Over an acre of grounds, facing the sea, tennis, bracing air, sheltered from east winds. Resident English and Foreign Governesses. Delicate girls.” Was the aim to cure or preserve their delicacy?  Sheltered and braced, a little music, French and plenty of air: it could go either way.  The house was built as Judy’s research has discovered, by a Polish sea captain, one Captain Puchalski. Its legendary ghost, a grey lady, has never been seen, but other more robust reminders of the past have appeared from time to time to revisit their old haunts and reveal some of the history. The spirit of place, which Judy personifies, draws in artists for the studios in the garden, and a stream of unusual, creative people, including a builder with the sensitivity not to attack a wall with a mallet, so revealing a stunning, panelled room divider with working pulleys to raise it up and conceal it within the wall above. This double room, lambent with light pouring in from its tall windows, will house an exhibition at this year’s Coastal Currents.

Clothesline: from elegant/casual to elegant/operatic
Judy was one of the two “formally trained” who with “two unencumbered” designers  started fashion company Swanky Modes in the seventies. She lost any inhibitions about doing things she’d been told not to do, but acknowledges the value of the training she had: “if you know what’s right, you can choose to do what’s wrong.” They worked in a bedroom, got some publicity and were given a building in Camden. “We could start without having huge overheads”, Judy said, “something which is very hard to do these days”. Elements of this pattern are now repeating: she is working from a small room in the house, with a very simpatico partner, Belinda Cockburn. Belinda is an autodidact, her epiphany came when she heard the expression “Fingo ergo sum” (a play on cogito ergo sum) and realised that the making of things, which she had always done, was absolutely her identity, and came as much from her heart as her head. Both women are makers, engineers of fabric, capable of the most immaculate tailoring. “We make clothes that last, but are comfortable, that don’t go ahead of you”, Judy said. Simplicity is often the hardest thing to get right, but these clothes are simply, elegantly wearable, often by women of quite different physiques, and can be supremely glamorous. Some don’t have great “hanger appeal”, but transform and are transforming when worn. Their linen palette is rich, but natural, though they can zoom into vibrant colour and pattern when working with vintage fabrics, and have even used spandex for their range of ‘big’ swimsuits. It’s a happy partnership, making clothes in which to be happy.

It’s hard to get Judy to talk about herself. She’ll talk about the other residents: her daughter, a talented chef,  her sister, Sarah, who is doing an MA in Sequential Drawing, her daughter’s partner, Sid, also a chef, (and doing an M.A. in Poverty in Developing Countries) who built a pizza oven from scratch in the garden and found natural firelighters, a fungus, growing by the path that leads to the house. This is no feigned modesty; she is fully, authentically engaged in maintaining the well-being of the community she has created. While Sarah has been an earthing element’, bringing some clarity and stability, Judy is the lodestar of this community.

As Belinda, who can turn a phrase as well as a seam, said, “Judy always has lots of plates spinning in the air; if one breaks, she makes a mosaic out of it.” 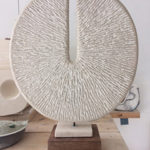 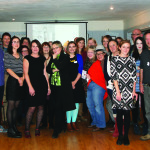 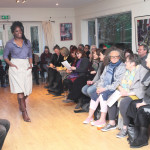 Clothesline at the Beacon – Real Clothes for Real Women