Every ten years, the Office for National Statistics conducts a census of the population in England and Wales, and the next one will take place on 21st March. Everyone with an interest in family history appreciates the value of census information, but the census plays a much wider role in our everyday lives – often without us ever realising it.

The information from the census is used to plan and allocate funding for services such as school places, GP surgeries, housing, care provision and transport links; but, did you know that water companies use the information as well? The census gathers information about place of work and commuting; water companies use this data to plan levels of peak water demand – when travelling to and from work was the norm, apparently the first thing we all did when we got home was put the kettle on and go to the loo.

The concept of a census has been around for millennia. The first known censuses were taken by the Babylonians nearly 6,000 years ago when they recorded details of population, livestock and stocklists of butter, milk, honey, wool and vegetables. In 2,500BC, the Egyptians conducted a census to assess the labour force available to plan and build the pyramids. And the Romans carried out a census every five years which required each man to return to his place of origin to be registered – such a census decree by Caesar Augustus took Joseph and Mary to Bethlehem.

In England, William the Conqueror conducted the first census, which history records as the Domesday Book of 1086.

The next official census of England and Wales was not until 1801 when it was carried out partly to ascertain the number of men able to fight in the Napoleonic Wars.

In England, William the Conqueror conducted the first census, which history records as the Domesday Book of 1086

The General Register Office (GRO) and the post of Registrar General were set up by the Births and Registrations Act of 1836, but birth registration did not become compulsory in England and Wales until 1875. The first Registrar General was Thomas Lister who also wrote ‘silver fork’ novels (satirical tales of scandal and illicit sex amongst the upper classes!)
and A Dialogue for the Year 2130, an early science-fiction or ‘futuristic’ book.

The census of England and Wales has been carried out every 10 years since 1801 with the exception of 1941. However, a mini-census was carried out on 29th September 1939 so that everyone could be issued with a National Identity Card.

The 1911 census was the first to use punch cards with mechanised sorting and counting machines; and in 1961, electronic computers were used to process the data – although the production of statistics from these computers took five and a half  years!

The Census Act of 1920 made completion of the census compulsory and this legislation is still in force today.

Over the years, the structure and questions in the census have evolved to reflect the changing nature of society.

The 1871 census added the categories of “lunatic” and “imbecile” to the “list of the infirm” and in 1911 included questions about marriage and fertility due to the falling birth rate since 1870.

Before the 1951 census, women were asked to be more honest about their age although many women felt that questions relating to their age were too personal.

A question about income was tested in 1968/9 but not included in the 1971 census, as the tests showed that the accuracy of responses was questionable, and this question could lead to a fall in response rates. There is still no income question in the census questionnaire.

1991 also saw the introduction of questions about ethnicity. For the first time since 1851, information about religious belief was collected in 2001 – leading to a campaign for the Jedi religion with 390,000 adopting this belief on the census. By 2011, the number of Jedi followers had fallen to 176,632 although ‘Jedi’ was still the UK’s 7th most popular ‘religion’.

In 2011, new questions were introduced about civil partnerships. Additional questions have also been added to the 2021 census: one about previous service in HM Armed Forces (to support organisations in fulfilling their obligations under the Armed Forces Covenant) and voluntary questions about sexual identity and gender.

The census of 1801 recorded the population as being nine million and this had risen to 63.2 million by 2011. Among the population, there have been some very interesting responses over the years.

In 1911, Harry Houdini was visiting a friend on census night and recorded his occupation as “Mysteriarch”. The same year, a Dulwich family decided to record their household in full – listing Roger, the watchdog, whose occupation was “looking after the house”. And a family in Birkenhead decided to include “Tom Cat” who was eight years old and “a mouse-catcher”.

The 2021 census will be a new ‘first’ in that everyone will be encouraged to complete it online. Accessible from any device, online collection will enable statistics to be collated and published within a year. Paper questionnaires will still be available to those who need them.

All census data is kept safe, confidential, secure and private. No-one has access to any personal information until it is released after 100 years for historical and research purposes.

So make sure that you complete your census form. Please encourage your family, friends and neighbours to do likewise. And who knows, in 100 years’ time, your descendants may be wondering at the employment descriptions of ‘check-out operator’ or a ‘systems analyst’. By the way, you don’t have to list your pets on the 2021 census. 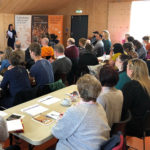