A video by Women’s Voice called This Is Not Love highlighting the realities of domestic abuse and coercive control was released on Isolation Station on 19th March. It was followed by a Q & A session with Sabina Arthur and Ann Kramer of Women’s Voice and Ronia Fraser, a survivor and experienced abuse trauma coach. This powerful video was made to highlight domestic abuse but also as a resource to bring women together to share their experiences, support each other and develop strategies for empowerment and change.

It is a moving piece of work presenting the real-life testimonies of local women who have survived domestic violence and coercive control with words spoken by professional actors. Domestic abuse and coercive control are among the most urgent issues facing women. Incidence is high in Hastings and St Leonards, made worse by lockdown, which has trapped women in in abusive relationships in their homes.

The video has been sent to a variety of institutions and local groups as well as being available to the general public www.youtube.com/watch?v=rTO8C
RF32hc&t=106s. According to Ann Kramer there has been a very positive response. She feels the video has come out at an important time and has “hit the zeitgeist”.

She is particularly pleased that This Is Not Love has prompted other women to contact them to share their experiences of what is still considered a taboo subject for many. The video has also raised the profile of Hastings Women’s Voice locally with more women wishing to get involved.

The project began pre-Covid when Women’s Voice was approached by a local woman wishing to share her story of surviving an abusive relationship to help other women and provide some guidance or warnings for younger women. Women’s Voice responded by gathering a variety of local women’s testimonies and exploring ways of making them public – deciding that the most powerful way would be to have professional actors read the testimonies. The video, This Is Not Love, is the result.

As well as highlighting the realities of domestic abuse as a stand-alone video, Women’s Voice feels it should be used for discussion and to develop strategies to combat violence against women and to lobby for improved support services and resources. Anyone wanting to use the video should contact Women’s Voice either by email at [email protected] or by contact form on their website, womens-voice.org.uk. Anyone using the movie or extracts from it must acknowledge Women’s Voice as the producer.

Here are some sources of help for
anyone experiencing domestic abuse: 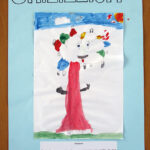 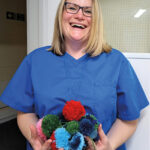 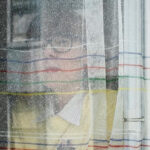 « Opening and Closing
A Summer of Festivals »