Journalism has come under the spotlight over the last few years, particularly the lack of reliable sources of information in the corporate media. More recently the spotlight has been on the lack of good local journalism, and the way this leaves the local community without a voice.

And it’s the same throughout the Western world. Talking about the US, Victor Pickard, Associate Professor at the Annenberg School for Communication, wrote in recent article entitled The commercial era for local journalism is over: “Journalism shouldn’t be seen as a business, but as a public service. Trusting the market to deliver the news that we need is a fool’s errand.”

Last week, two things happened that brought this issue into even sharper focus, one international and one local. On the International front, Facebook made the news when it restricted news content in Australia in response
to proposed government legislation that would force tech giants Facebook and Google to pay for news content. And Facebook won the argument.

Locally, the Hastings Observer pulled an article promoting a local event on 24th February organised by Hastings Palestine Solidarity Campaign (HRPSC) after apparently receiving complaints. It was particularly ironic that HRPSC was hosting a discussion on propaganda, censorship and the pro-Israel lobby entitled: Why Can’t We Talk about Palestine? It is also ironic that the Hastings Observer Reader’s Charter commits to “giving a voice to those who struggle to be heard”.

HRPSC Chair, Katy Colley, has specifically talked to HIP about “the difficulty of being a supporter of Palestinian human rights at the moment when Palestinian support groups have come under fierce attack from pro-Israel lobbyists.” That voice was all too briefly heard in the Hastings Observer before there was an apparent attempt to silence it. Fortunately, independent journalism flourishes in Hastings and a similar article can be read in the previous issue of HIP: Award-Winning Journalist for Local Talk.

The two speakers who took part in the discussion on Wednesday 24th February are particularly qualified in this area. In the UK, Asa Winstanley from the Electronic Intifada has shown how pro-Israeli groups led a sustained assault on Jeremy Corbyn’s leadership and supporters.

Jonathan Cook is an award-winning reporter whose books, reports and articles have continually challenged Israeli propaganda, exposing the long cover-up of ethnic cleansing and erasure of Palestinian history. His reports won him the Martha Gellhorn Special Prize for Journalism in 2011.

“We shouldn’t be surprised that a reporter on a local newspaper is subject to similar pressures as those facing reporters in the national media,” Jonathan Cook told HIP prior to the event. “They are being trained and filtered. Plus of course, the local media is training us, the reader, to accept the political and economic status quo too. It is there to shore up locally the ‘conventional wisdom’ espoused by the national media.” At the meeting on Wednesday, both he and Asa Winstanley laid out in shocking detail the extent to which journalism has been hijacked by corporate interests.

Katy Colley has received contradictory responses from the Hastings Observer. Community Content Champion and writer of the article, Andy Hemsley, told her it was a result of complaints from the public; Community Content Editor for Sussex, Oli Poole, said that it was just a routine editorial decision. The Hastings Observer was approached for comment but up to the time of print has not responded. 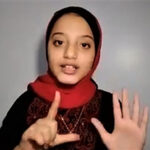 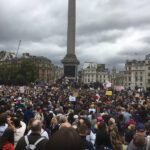 Are Protest Demos Lawful in the Time of Covid?