Three years ago, HIP reported on the Alexandra Park greenhouse restoration project; since then the community-based endeavour has progressed markedly. The building was originally designed as a hothouse, to provide Hastings with the kind of floral displays that a 1930s seaside town required to attract visitors.

Its steam powered heating system enabled the growth of tropical blooms and Council parks department gardening apprentices could learn how to care for plants, protected from temperature extremes.

During World War 2 the glasshouse became part of the ‘Dig for Victory’ campaign to help the country’s food production – suddenly vegetables and tomatoes were grown there in place of flowers. In the 1970s the greenhouse was part of Pets Corner, a zoo for small animals with rabbits, goats and peacocks housed in outside pens. Sadly, it fell into disrepair in the 1980s but in 2013 a determined group of volunteers began the long process of reclamation.

Viewed today the first – incorrect – impression is that much of the structural woodwork has been replaced. In fact, it’s been restored by master joiner Jason Wright, who has undertaken similar jobs for individuals and the Royal Horticultural Society at Hawkhurst.  Built by Richardsons of Darlington in the 1930s, at around the same time as the De la Warr pavilion and Marine Court (although in a very different style), the greenhouse frame was fashioned in Sapele ‘African’ teak – highly resistant to rot and water. Just as well, since the building lay derelict and exposed for many years. Although some glazing bars couldn’t be saved most woodwork now appears good as new and currently, around half the timber frame is finished. The original glass, much of it broken, has been replaced with safer, tempered panes.

As the restoration progresses the cast iron brackets and window opening mechanisms are also being shotblasted, cleaned and restored to working order – essential to good ventilation. Charlotte Ramage, project secretary, and Linda Pearson, chairperson, who gave HIP a guided tour, hope the rest will be completed by October of this year, making the building wind and weatherproof for winter.

All works so far have been community funded by local people, shops and supermarkets and, recently, an anonymous local donor. Once the woodwork is restored work will begin on relaying the internal paving slabs and a new external path. Jacksons civil engineers, currently repairing the nearby Buckshole reservoir, have pledged to reinstate a yard area at the side. They are one of several firms who’ve generously provided time, expertise and materials for free. As far as possible original materials are retained and reused throughout.

Inside, a bespoke wooden partition is planned so that part of the space may be used as an all-year-round meeting space and hired at modest cost to voluntary and community organisations for activities such as meetings and art classes.

The greenhouse is already used by the Education Futures Trust, and its custodians are keen to develop contacts with other schools and colleges. Links are currently being developed with parks contractor idVerde, which works with Plumpton college and is interested in having horticulture trainees work there.

A purpose-built potting table will shortly be constructed inside, along with displays highlighting the building’s history, horticultural information and the memories of some of those once employed in the park.

Other items on a long and imaginative ‘shopping list’ include an indoor exotic plants section and plant sales to the public to raise revenue. Although the greenhouse is currently only open a few hours a week, public access will gradually expand with a variety of uses and events.

At one end, steep steps have been imaginatively enhanced by Edward Weeks, a volunteer who brings a wealth of experience to the enterprise. “Eddie never stops planting,” reveals a colleague. In a lateral outside area, currently a mass of colourful flowers and shrubs, it’s intended to install propagation beds, including vegetables, just as the space was used when a working environment.

The ambitious plans don’t stop there. The original exterior cast iron pipes and gutters are being refurbished at Sedlescombe and, once re-installed, afford the possibility of collecting and storing rain from the vast roof area for sustainable plant irrigation. If there’s a HIP reader with ideas of how best to achieve such water conservation, the greenhouse group would like to hear from them. Ways of heating part of the building – possibly including solar panels – are also being considered, and with the mains electricity supply now connected, pendant lights are to be fitted.

Even after the trials of lockdown the Greenhouse Group’s enthusiasm and excitement remains undiminished. “We like to show people what their donation has achieved,” says Linda, of the continuing fundraising efforts. “We couldn’t have achieved what we have so far without financial support from community.”

• Contact the Alexandra Park Greenhouse Group via [email protected] or visit their website for more information or donations www.our-greenhouse.org 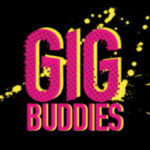 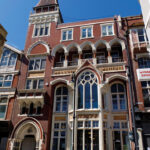 The Museum & Gallery needs your help