There’s more than a month till the 14th St Leonards Festival on Saturday 29th June, but anyone who wants to get involved should sign up quickly.

According to Mandy Curtis, organiser and director of 18 Hours, the festival will follow a similar format to last year’s successful event, taking over Warrior Square from lunch time onwards with an afternoon parade followed by evening performance events. There will be a main stage plus children’s area with storytelling, theatre and activities, sponsored by Hastings Storytelling Festival, a food court and much more. The main stage will showcase an exciting mixture of local and national talent culminating in a ‘roller coaster ride of positive energy’ from the Bhangra group Kissmet.

The parade, with a theme of Colours of St Leonards, is rapidly expanding, with participants from schools and community groups – including nine local drumming groups. It will have two start points, Hastings pier and the Azur, joining up in Warrior Square before appearing on stage with sound and atmosphere provided by the drummers. Naomi Robinson, one of the event organisers, emphasised that anyone can form a group and join in. The more the merrier – or the more colourful.

The evening will continue with entertainment on the main stage culminating in a promenade performance by Thingumajig Theatre who are performing Ghost Caribou – an ‘otherworldly ceremony’ using music and song with two 15-foot illuminated puppets; an original soundtrack has been written by Juliet Russel and will be sung by the Vocal Explosion Massive (an expanded version of the choir).

Everyone is welcome to join in: “No experience necessary. Just the ability to hold a tune.” says Naomi. But participants must be able to commit to at least four rehearsals: Thursday 13th, 20th and 27th June plus Saturday 22th, dress rehearsal Friday 28th.

Those who want to carry on the celebrations can visit the light show in Bottle Alley at 10.15. And from there … 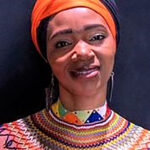 New Chapter for Hastings As Charity Takes On Literacy Campaign 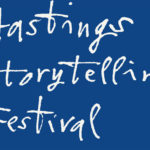 « The Japanese Connection
Closure In The Community »