Sandy has had cancer for the last two years. In Christmas 2015 she went for a blood test and was told she had leukaemia. Further tests confirmed the diagnosis was lymphoma. Sandy had visited her GP quickly when she started to feel unwell and felt something was not normal.

By nature, Sandy is upbeat and optimistic. She takes strength from her religious beliefs and is determined to carry on living life to the full. Her cancer diagnosis has encouraged her to give something back by helping others. Initially Sandy says she found talking to other cancer survivors quite hard. But after time she began to feel more positive. She said “I have lived in Bexhill for 40 years and was an active member of my community. I have volunteered for a local horse rescue centre and Bexhill in Bloom. I realised I didn’t have to stop because I had a cancer diagnosis.”

Sandy is now in partial remission and volunteers for the Hastings and Rother Community Cancer Awareness Project. She attended a cancer awareness Learning Workshop which fired her enthusiasm and gave her the confidence and motivation to keep going. Sandy says “The workshop provided me with a good working knowledge of cancer awareness and my volunteering role within the project. It was also a great opportunity to meet and get to know my fellow volunteers.”

The Community Cancer Awareness Project Sandy volunteers for works with the local community to raise awareness of the signs and symptoms of cancer and the importance of screening. Their simple message is that early detection saves lives.
All volunteers receive training and support to share key messages with friends and family, as they raise awareness in their own communities.

She went on to explain, “Cancer awareness is important in Hastings and Rother because it is the highest cause of early death in parts of Hastings and St Leonards on Sea. We can change that.” Sandy is proof that treatment and diagnoses have improved. Across the UK evidence tells us that cancer survival rates are also improving.

The Hastings and Rother Community Cancer Awareness Project is looking for people living or working locally to join our volunteer teams. Volunteers give as much or as little time as they want. Full training and support is given. Like Sandy says, “it is an excellent way of learning new skills, building confidence, meeting friends and making
a difference. Just as important, it is lots of fun!”

• If you are interested in volunteering for the Hastings and Rother Cancer Awareness Project; please ring David on 07803417076 or email 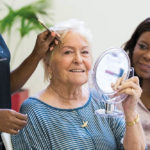 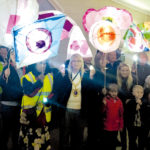 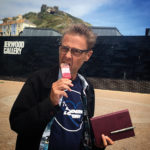