The Exmoor ponies at Hastings Country Park will be leaving us after six years of grazing the slopes and glens of Hastings Country Park. The Sussex Pony Grazing Conservation Trust, who manages the ponies, has told the council that they are moving them to a different location. They will no longer be able to manage the ponies as their future is uncertain.

Their conservation grazing habits have transformed Warren Glen from a bracken-dominated habitat to one where native coastal grassland and heather now prevail.

Colin Fitzgerald, lead councillor at Hastings Borough Council for environmental services, wished them well in their new home, saying: “They have been a great attraction for the public and they have done a fantastic job of recovering threatened and rare coastal habitats.”

He explained that “as a conservation tool, they have been invaluable in helping the council retain their green flag awards” and have received a special award from the Keep Britain Tidy group for conservation grazing.  The council will be contacting other organisations to see if another set of ponies can be brought to the reserve. 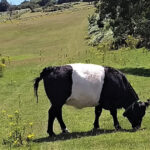 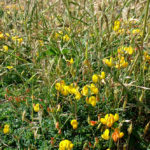 « The Perils Of Running A Pub
Archery Gardens Nearing Completion »