I think our government has been in a deplorably bad condition for some years. I suspect the bad faith and bad behaviour we’ve seen from national politicians is having a disastrous influence on local politics, both in the way they work, and the way people are treated.

In Hastings, we suffer particularly badly from the callous tendency of the government to legislate in favour of Tory-led councils. It’s often the case that when councils led by other parties fail to carry out plans, the root reason is the withdrawal of funding or the adding on of costs and repressive rules by national government – and yet local councillors get the blame.

Also, the bitterness of policy disputes at national level is echoed in local parties, where those who disagree with a party line on a particular issue get demonised and accused of all kinds of character flaws rather than of a policy opposition. In the last few years, three HBC councillors have left their parties for reasons connected to national policies and caused both operational and emotional difficulties in the workings of our local council by treating their disputes as personal spats. The knock-on effect is a tendency in all of us to talk resentfully about those we disagree with. We forget that councillors are actually our neighbours and have no more protection than you or I have from abuse and gossipy press.

Personally, I am one of those who have given up on party politics in complete exasperation: for me, that focuses the need to recognise our elected councillors first and foremost as human beings. The first time I ever went to observe a council meeting, I did so as a passionate supporter of Jeremy Corbyn’s Labour movement and was pleasantly surprised to hear Cllrs John Rankin (Con) and Peter Chowney (Lab) speaking in concert about the need to protect Hastings schools from the near monopoly of an academy organisation.

In May, if there are any good single-issue independents around, I would love to vote for the ‘Save Our NHS’ candidate, or the ‘Bring Back British Rail’ candidate but, failing that, I would recommend taking a good look at our long-standing councillors and back them for who they are, rather than rejecting them for things that really are not their fault, or because some campaign group with no actual responsibilities to bear says they do nothing.

I suspect the biggest fault our current HBC council have is that, being ordinary citizens, they have reacted to the tides of criticism and abuse they get by becoming reluctant to address contentious issues – or any issues really – more publicly than they have to. This is a really bad idea. I’m told that the council has improved their practice in issuing press releases since my time in the Labour party – great! – but I’m going to offer some tips for council profile raising. If you support your own local councillors, tell them to talk more, in more places!

Some of our councillors are constantly out and about talking to people and joining in community activity. Cllrs Trevor Webb and Ruby Cox in Central St Leonards and Cllrs Paul Barnett and Maya Evans in Hollington come to my attention regularly – others report their doings on social media almost daily – I notice Cllr James Bacon most – but some are just never seen.

Most councillors – nationwide – are constantly up to their eyes in emails, so it’s not surprising that they get overwhelmed sometimes, but councillors need to be aware of how quickly residents get ‘browned off’ if ignored. Cllr Godfrey Daniels gets star prize from me because even if he’s very busy, my own emails as a local resident have always had a quick “yes, got that – will talk to X and get back to you”. It makes a world of difference to know at once that you’re going to get some action.

Some may think a three-minute vlog by a council leader is pretty snappy, but it doesn’t work. Firstly, HBC are not putting their official vlog where most people look. It needs to be shared everywhere. Secondly, if your three-minute video has four topics in it, few people will watch all of it, and fewer will remember more than one. If you refer to things that are on your, or other websites, put a live link in the preamble to the post, and have the website name in a caption. No one is going to bother going to search for something “on our website” after listening to the video. And don’t rely on one person, or one Facebook/Twitter account – have a range of single-point videos by a range of councillors constantly doing the rounds on social media. Again, Cllr Evans comes to mind here – I often see short videos of hers, filmed informally as she goes about her work as council climate crisis lead. More of that from other portfolio holders, please!

Finally, a reminder to everyone (including myself) that we expect way too much of our councillors. They are supposed to be citizen commentators and advocates. They do not run the town, they carry the views and concerns of their fellow citizens to the administration, a task that is extra difficult in this era of profiteering, where it’s usually private companies, not local authorities, that they need to appeal to: profiteers that at best pretend an interest in local residents’ needs.

I think the majority of Hastings Borough Councillors actually do far more than they are required to, then take a lot of flak for not doing the impossible. They work with an ever-diminishing budget, with very little personal remuneration, relatively little training or back up, and under a government that does not want anything radical to happen.

When the May elections come around, let’s all have a chat to our existing local councillors. Find out what their portfolios are, how well they are working with fellow councillors, what they have achieved over their years in the role, and think about what we could do to help, as well as what we could criticise them for. 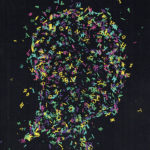