Social media is full of interesting rabbit holes to investigates but there’s no time to go down them all. One that recently caught my eye was a post by Urban Explorers UK about the Clock House in Maze Hill, close to where I live. I’d already heard of the group but had no idea they lived in Hastings – they normally post about things from around the country, hence the name.

Out walking: Convent of the Holy Child

Jay Jones, one of the founder members, talked to HIP about how he began urban exploring and what it means to him. Jay grew up in Hollington, as did fellow explorer Tony Angel with whom he’s been friends since the age of ten. He says he didn’t appreciate the history surrounding him in Hastings when he was young but “knew it was there”. Now he says, “I have a passion for decay and mould. It got a hold of me.” In the early days, the group (sometimes three) also used urban exploring as an excuse to travel. But during lockdown there’s been more of a focus on the town where they live. “I’ll go for five-mile walks with the kids, walking down streets that I don’t normally visit,” Jay says, “and there are always things to discover.”

One of the early Hastings buildings they explored was Westerleigh School in Hollington, once attended by the racing driver James Hunt. That was four years ago, prompted by the realisation that it was going to be demolished. He says it was an amazing place when they first visited, almost as it had been left – but was sadly vandalised later, and things stolen. One aspect of Hastings’ history Jay really appreciates is the smugglers tunnels. He recently found a hole that hasn’t been accessed for about 100 years and is hoping to get down there soon and find some hidden gems.

The website Urbex, short for Urban Exploring, explains that the act of urban exploring is “going into abandoned and dilapidated buildings that are often fenced off or hidden away from the general public” and that “take nothing but photos, leave nothing but footprints” is what the vast majority of explorers live by. But Jay says: “Urban exploring has gone bonkers in the last two years.” And he doesn’t approve of everything that’s been happening, especially the increase in “mindless vandalism”. What inspires him is: “Getting out with mates down a wet dirty hole.”

Photography has become a more recent passion for Jay and this has been encouraged by a local sponsor SD Rail, who recently provided camera equipment including video and a drone. He’s also had sponsorship from Sword Fixings who bought sweatshirts, t-shirts and a banner with the Urban Explorers logo, both companies run by people he grew up with.

According to Jay, recent posts with the new equipment have had a great response: “The two videos I posted yesterday have had about 10,000 views in one day!” But that’s nothing compared to one of their earlier posts, the Tots TV house, a scaled down cottage purposely built for the show on a farm
in Stratford-Upon-Avon which reached 5.5 million people. 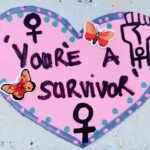 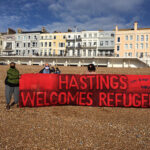 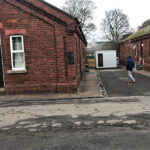 News from the Big Local 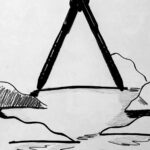