Leaders of East Sussex County Council have agreed to cease day services at the Charter Centre in Bexhill and the Isabel Blackman Centre in Hastings. The two day centres for elderly and disabled residents are to close following a decision by the council’s Conservative-controlled cabinet. The council will be recommissioning services from alternative providers.

Both centres are currently administered by the Sussex Community Development Association (SCDA) which is working on behalf of the council. SCDA also manage the Phoenix Centre in Lewes, which is to remain open since a suitable alternative provider could not be found.

The council’s lead member for adult social care and health, Carl Maynard, said: “Clearly we have an obligation to deliver the same care at less cost and we need to take this opportunity so we can actually mitigate against any unnecessary cost…We will ensure minimum disruption to clients and carers throughout the process.”

Tania Charman, Labour councillor for Old Hastings and Tressell ward, raised concerns about the closure of the Isabel Blackman Centre, in particular the possible inadequacy of plans to find an equivalent and yet cheaper service elsewhere in the nearby area. Furthermore, Cllr Charman wondered would happen to the Isabel Blackman Centre itself, saying: “This is not your building. It was gifted to you by the Isabel Blackman Foundation in the 1970s on the condition it provides services for elderly and vulnerable people. How do we solve that problem I wonder?…Well, Hastings people say they will not allow you to close the service and then dispose of this asset without a fight.” 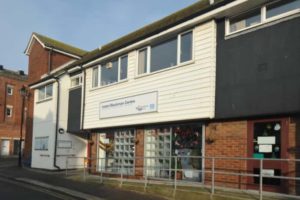 During their meeting East Sussex County Council cabinet members heard that the SCDA centres cost the council more than purchasing day care places from other providers. Council reports suggest the higher cost is partly the result of centres having a ‘lower level of occupancy’ despite attempts to increase their client base. Liberal Democrat councillor John Ungar asked what support had been made available by the council to help centres gain new clients. Considering a previous review of the day centres, Cllr Ungar said: “I know at the time there were great concerns about the Charter Centre…my impression was that a lot more would be done about the marketing…This is something, I think, where adult social care could do more in supporting these private companies or not-for-profit organisations in some of the activities they need to do to make their services all the more accessible and all the more successful.”

Cllr Ungar spoke further about the possible impact of the closures, given that they would be adding to the potential burden of previous cuts to adult social care. “When I visited [the Charter Centre] the people who were there spoke highly of it. They were in knitting circles, they were doing art, they were doing all sorts of activities that I haven’t seen elsewhere…On these three centres we’re looking to compound a reduction in day service provision for older people in East Sussex…We’ve only just had a whole round of cuts, in the last year or so, where day centres were closed.” 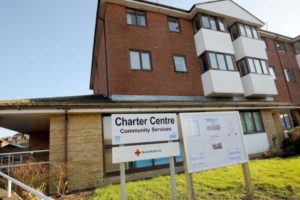 The decision to close and recommission the day centres is expected to save the council £188,438. It comes as part of a broad range of reductions to council spending, taking £9.6m from the adult social care budget.