Yes, that’s right, quirky independent businesses have now leapfrogged the ‘Morrisons gap’ and are extending up the Queens Road. The area beyond Priory Meadow Shopping Centre was already being talked up as a hub of new, exciting shops and cafes. But now the mix of existing commercial outlets ranging from launderettes and hairdressers to greengrocers and second-hand electrical goods, with its bewildering ethnic mix, is beginning to expand its pulling power with more upmarket ventures. 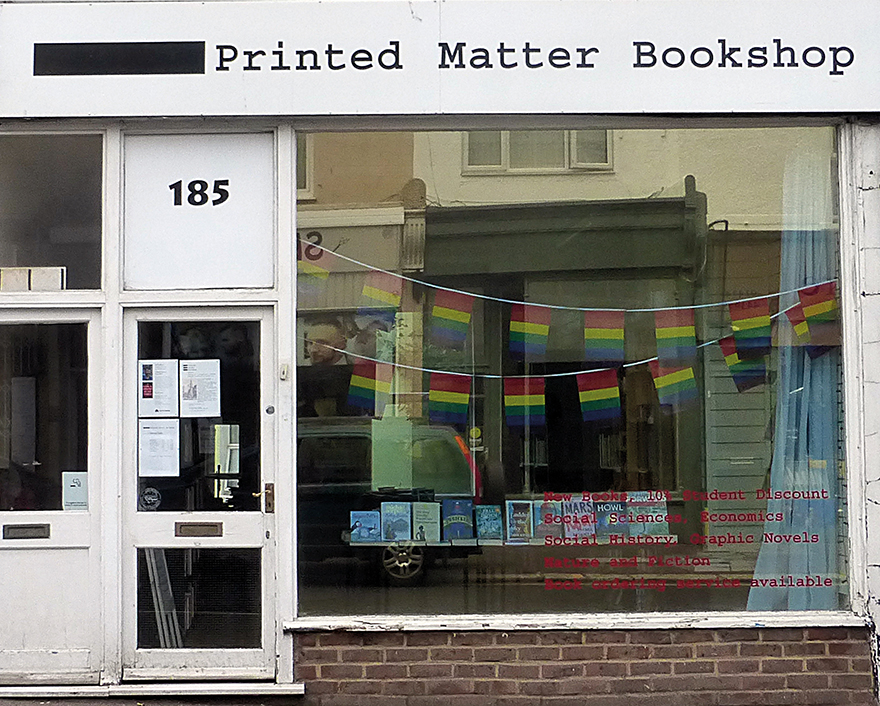 Two new businesses have already joined the bridgehead secured by the Brewing Brothers’ revamped Imperial pub. See Spray, with ambitions to become ‘the best contemporary art space on the South Coast’, opened opposite the Imperial in June this year. Similarly Wow, the amazing, bespoke mirror shop, opened its doors last Saturday, 17 November, with champagne and music.

At the other end of Queens Road, slightly off piste in Waldegrave Street, is another fresh, new outlet – Eel and Bear – selling a fabulous range and variety of beer with colourful labels and exotic names. Current favourites include Child in Time and Open to Persuasion.

At Printed Matter bookshop, opened just over a year ago in the middle of this area, Lee Humphries took on a real challenge; he’s competing with online sales as well as existing Hastings bookshops. He chose Hastings as he wanted to locate in a seaside town with a university – so much for making plans! His aim is to persuade enough people that ‘buying local’, particularly for specialist books, is the right choice. To achieve this, he’s busy running events such as a dramatic reading of A Christmas Carol for the 175th anniversary of its publication on 19 December. And this year, Small Business Saturday falls on December 1; marking that, with a nod in the direction of Christmas, Lee will be discounting books by 20%.

See Spray make no bones about their ambitions to be ‘the best’ as well as being inclusive and community-minded. Owner Jay and curator Tom are here to stay and already showing big-name artists who can attract buyers and media coverage from Brighton, Tunbridge Wells, London and beyond. Exhibiting until the end of November are John Hurford’s SuperNature, a colourful world of ‘magic and mystery’ and Michelle Mildenhall’s Perv-Version, a set of ‘visually arresting’ portraits of iconic women in ‘latex art’. Apparently, the mix of two very distinct audiences on the opening night added an extra dimension to the evening. Next up in the space is famous local artist Sue Tilley.

Csaba and Adrienn at the Cookhouse café recognised the potential of Queens Road early on. They turned a ‘greasy spoon’ into a European style café with a good breakfast and lunch menu – while managing to retain affordable prices. Their beef goulash with Nokedli (homemade pasta) is definitely worth a try. Pop in for lunch while Christmas shopping and you might come back for more. 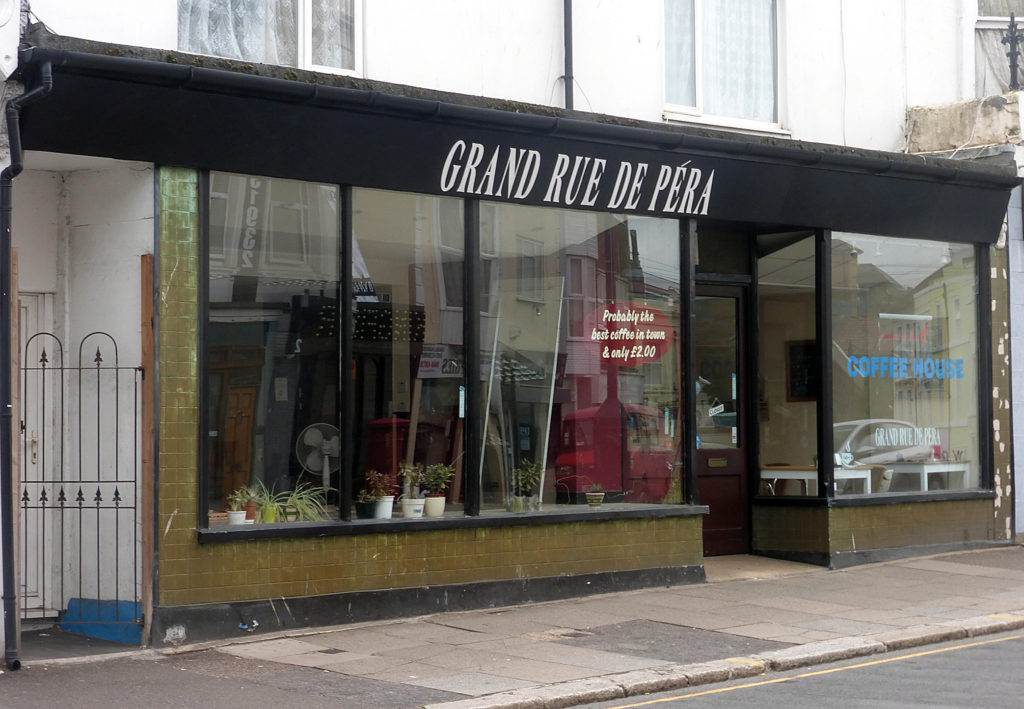 If it’s mainly coffee you want, then Grand Rue de Pera is the place to sit and recover from street traffic. Hosted by Barbaros, there’s always good service.  A great meeting place, with room for people, push chairs and shopping, it has excellent coffee, amazing hot chocolate and other treats to keep you going. While there you can pick up some high-quality, fair-trade chocolate as well as an unusual range of other ethical choices. And you can usually count on Barboros if you have a meeting or event to run in the evening.

There’s plenty of other choices of places to eat in Queen’s Road. The Queens Road Deli and Xochipilli both opened in 2017 and are making their mark. A special call out to Ben and Jasmin at Xochipilli where I had a burrito for lunch and experienced the authentic taste of Mexican street food – with all the burst of spicy flavours that entails. 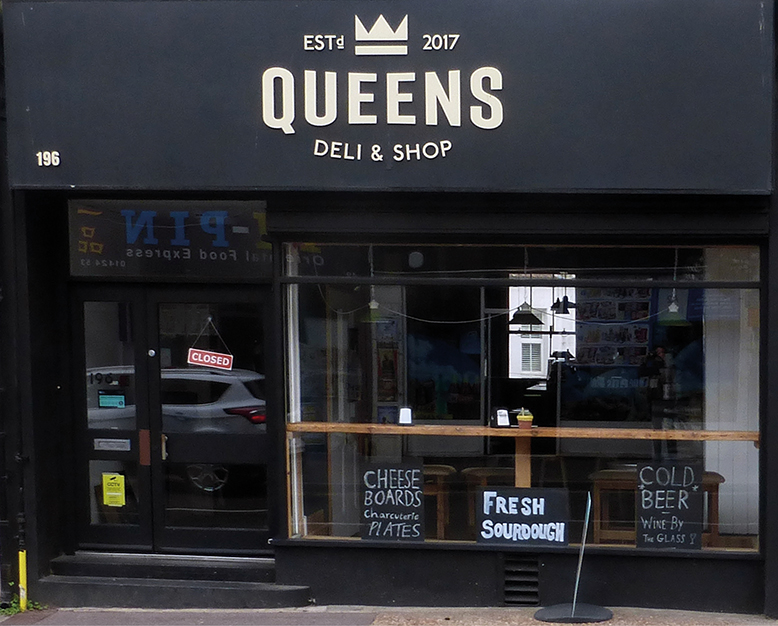 For local beer and home-made pizza, the Imperial is the pub to go to – at the northern end of the ‘Queens Road hub’, on the corner of Nelson Road. Run by brothers Charlie and Billy, this microbrew pub has been popular since it opened in 2016, particularly with younger customers. At Christmas it’s set to be heaving.

For those who want to cook their own supper, you can buy the tools you need at Chef’s Ware. The owner, Charles Francis, is about to get more bakery products, so this year you can practise on your own Christmas cakes. Charles had long been frustrated with the lack of a specialist cookware shop in Hastings and decided that 2017 was the right year to open one. “People are getting tired of the internet with all its complex choices,” he says. He thinks people are now ready to buy local if it’s “quality at an affordable price.”

With Christmas in mind, there’s nothing like a gift shop, especially if it sells other things such as homeware and furniture. In Queens Road there are two almost next to each other. Lovage, great for French furniture and shabby chic, is one and White Rhino the other. Victoria of White Rhino studied design at Goldsmiths and showcases this in her shop. She sees Queens Road as being the next Deptford High Street – which is just down the road from where she studied. If you like an eclectic mix ranging from handcrafted silver jewellery to vintage industrial furniture – and like to talk before buying – this is the place to go.

And what about a mirror – or two? Steve and Marika of Wow originally thought of setting up in George Street until they realised that was more of a tourist market, “and tourists don’t buy mirrors,” Steve said. The pair are DFLs, but with strong local links. Steve noticed that Queens Road had been improving, displaying fewer empty shops, and he has high hopes for the location. If Wow’s opening last Saturday was anything to go by, they’re on track. According to Steve: “It was absolutely brilliant.” They made lots of new friends and even sold some mirrors! “By the end, they were dancing in the street,” Steve said. Hello Hastings!

You might wonder where Morrisons stand in all this Queens Road magic. Some say they just absorb good ideas and compete directly with any successful shop that opens, but there’s no doubt that they draw in punters to the town as a whole. And perhaps it was Morrisons that encouraged the council to extend the Christmas decorations further up the road, bringing a new sense of life to the area in December. 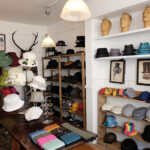 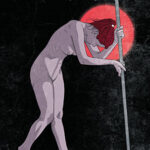 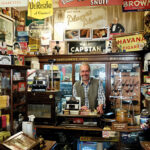 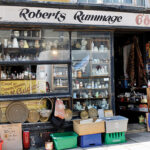 Happiness in a box