The deadline for filing 2017/18 tax returns online was 31st January 2019. The deadline for paper returns was 31st October 2018. Unless a tax return was issued late, in which case you will have a later deadline based on when it was issued. Any unsubmitted return will now be overdue.

Immediate effect
Any overdue return, even if it was submitted mere minutes after the deadline, will be subject to an automatic penalty of £100. This will be the case even if you do not owe a penny in tax or are due a refund. There are plans to change this to a points-based system, similar to that used for driving licences, under Making Tax Digital (see elsewhere on this page) but that is not yet in place.

Cancelling a return
If you have not yet submitted a return, the first thing that you need to consider is whether one was due in the first place.

If all your income in that year was taxed at source (e.g. under PAYE) then a return is unlikely to have been required. However, HMRC may still have issued you with a return in the belief one was due. A common reason for this is income in previous tax years, such as through self-employment, that ceased prior to 2017/18.

If you think this is the case you should contact HMRC on 0300 2003310. They will ask for your UTR (on all HMRC correspondence) or National Insurance Number along with your name and address to identify your record. They will then ask for general details of your income for the relevant year (sources and approximate value). If they agree that you did not need to complete a return, then it will be cancelled. This will also cancel any associated penalties. Please note, if you submitted a return late anyway, then this cannot be cancelled and the penalties will stand. This is why you should check first if a return was required.

Reasonable excuse
If you were still required to submit a return, but were unavoidably delayed in doing so, you may be able to claim reasonable excuse. If you have such an excuse, then you can appeal the penalty on that basis. HMRC list examples of things that they will accept as a reasonable excuse on their website. These include:
• your partner or another close relative died shortly before the tax return or payment deadline
• issues with HM Revenue and Customs (HMRC) online services
• a fire, flood or theft prevented you from completing your tax return

HMRC also provide a list of things that will definitely not be accepted as a reasonable excuse.
• you relied on someone else to send your return and they didn’t
• you found the HMRC online system too difficult to use
• you didn’t get a reminder from HMRC
• you made a mistake on your return

Where you do claim a reasonable excuse with a limited duration, then you may need to demonstrate you took action to rectify matters promptly after it ended (i.e. filing once the problem had been dealt with). A successful appeal will cancel existing penalties, but will not prevent the imposition of future penalties if you continue to fail to file.

Rectify matters now
Further penalties will arise the longer the return is delayed. Even if you have an excuse for this initial delay, you should seek to file any overdue return as soon as possible to avoid further issues. 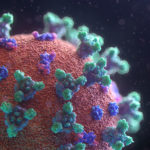 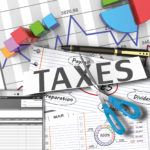 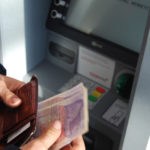 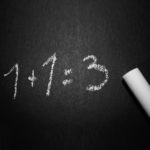 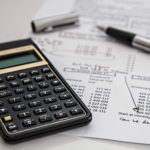