What’s in a name? If it’s Montague or Capulet it may be obvious but when it comes to musical genres it quickly gets confusing.

The band Yabba Funk, who recently gave a storming performance at the De La Warr café in Bexhill, have been variously described as Afrobeat, Hi-Life, Dub, Blues and Soul. Their influences descend from James Brown, Fela Kuti, Sun Ra, Parliament Funkadelic… indeed I thought I heard faint echoes of Bob Marley and Reggae in the mix … so the list goes on and on. Such are the dangers of trying to pigeonhole their distinctive sound.

What can be said for certain is that Yabba Funk, who formed in the late 1990s in Brixton, have since been performing to a steadily growing group of fans; have produced two albums – ‘Afrobeast’ and ‘My Vote Dey Count’ – and have performed at ‘Womad’ and, now, Bexhill-on-Sea.

One can also say without too much fear of contradiction, that the band is fronted by two people clearly of African descent who rejoice in the rather British names of ‘Richmond’ and ‘Helen McDonald’. Though it is true that Richmond’s second name, Kessie, does rather hint at his West African, Ghanaian, background. For those into the nuances of Afrobeat, it’s apparently the influences of Accra rather than Lagos in nearby Nigeria, that gives Yabba Funk their USP – though ironically – and confusingly – Yaba, the town after which they are presumably named, is part of Lagos.

But how, you may reasonably ask, was the gig? Exciting, visceral, stomping… all of the above and more. Yabba Funk usually present as a ten piece, but in Bexhill on Hastings’ bonfire night, only eight showed up. It was more than sufficient. A keyboard, guitar, sax, drums, congas, a fabulous trumpet (with Mariachi undertones) and the extraordinarily energetic singers – Helen and Richmond had the audience rocking all evening.

With current concerns about cultural appropriation there was, perhaps, the faintest surprise that all, except the duo fronting this Afrobeat band, were caucasian. Promoter Remi Vibesman who booked them says simply that it reflects the global world we live in. It was he who put on the Tribute to Fela Kuti on the lawn behind the De La Warr earlier in the summer and is working with DWP on a World Music event next July, under the title of United Colours of Rhythm. If Remi can spirit up such acts as Yabba Funk and Saxon Sound System for the current Black Music Month, and curate world music festivals, the De La Warr have got themselves a really valuable asset, and someone who knows a bit about African music. “We moved back to Lagos when I was twelve,” he says, “and the music we now call Afrobeat was everywhere. Not just in the clubs, but on the street and in peoples’ homes. I was raised on it.” We
are fortunate he’s now bringing it to us. 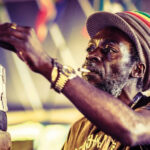 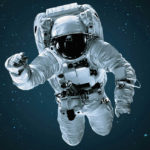 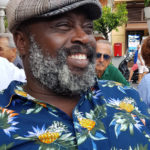