It is always a ‘pinch yourself’ moment to sit in the East Hastings Angling Association club at The Stade and to realise that in such a humble, out-of-the-way venue you get the chance to enjoy the music of unrivalled international musicians who are at the top of their game. So it was when Jerry Bergonzi and his quartet played there on a recent Tuesday evening.

This was a very special night indeed as it was dedicated to Agatha Coffey, a much loved and missed co-founder of Jazz Hastings. The sense of affection for her in the room that night was palpable.

Bergonzi established himself worldwide by playing with two incarnations of the Dave Brubeck band following the sad passing of Paul Desmond in 1977. After making several recordings with Brubeck he parted ways with them in 1982.

Whilst Bergonzi was accompanied by his regular rhythm section – Mark Hodgson on bass and Stephen Keogh on drums, Bruce Barth, who normally takes the piano seat was unable to make the trip from the US. Enter Jason Rebello who has toured and recorded with Jeff Beck and Sting for many years. What a welcome surprise that was!

The set opened with a sublime cover of Bill Evan’s composition: Witchcraft. Immediately the virtuosic level of the musicianship was clear to all. Both full bodied and reedy, Bergonzi’s sound is assured, precise and determined. His solos swing between fluid and lyrical runs and more angular lines which unexpectedly stretch the rules of harmony. The set was full of variation and changing dynamics. Several slower pieces, notably the band leader’s ballad Refuge were the emotional highlights for me. Of playing these tunes, Bergonzi says “I love playing ballads, it’s my favourite tempo because I feel freest. I can play slow, I can go across the time, there’s plenty of space.”

The samba inflected Freedom From was another high point, Rebello’s solo was so accomplished. He knows how to give each one a strong sense of narrative structure. He not only impresses with his technical ability but is capable of taking you on a journey and telling you a story on the way. Whilst his soloing was excellent, I want to make mention of his comping. His approach to accompanying the solos of his bandmates was quirky and innovative – indeed it felt he reinvented the whole process afresh in each composition. Never intrusive, he would sometimes echo phrases from Bergonzi’s tenor, surprise us at every turn, but still complement and enrich each solo in a totally egoless and musical way.

This is a crucial issue. When jazz is played at this level, each musician is playing with such skill and complexity but never overplays. In some sense the whole is less than the sum of the parts. For instance, if you forced yourself to focus on Keogh’s drumming, you would hear a polyrhythmic wall of sound, but turning one’s attention back to the whole sound with every other musician playing with similar intensity, it still sounds economical, pure and complete.

At one point, Bergonzi described bassist Mark Hodgson as having “a pocket so large you could park a truck in it.” You can’t put a dollar value on having a bass player who is such a dependable groovester. Indeed, it is rare to hear a rhythm section this attuned in their mastery. Whilst there were fiery outbursts from both bass and drums at various points in the set, it was the quiet section in Coltrane’s lesser-known ballad Love Thy Neighbour in which Hodgson and Keogh traded eights, that stole the show for me. Such finesse and precision!

This sell out night was attended by a rather narrow demographic. When Hastings is so full of passionate young musicians, it surprises me that more don’t make the effort to support Jazz Hastings’ gigs and to hear some of the world’s best musicianship. 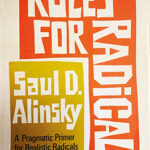 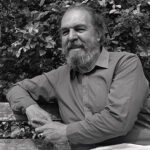