HIP catches up with Festival Artistic Director Jane Gordon, who has deftly been drawing together world-class musicians (with extremely busy international touring schedules) to converge on Hastings and St Leonards in celebration of early music, which ventures “beyond classical music boundaries, bridging the gap between audiences and performers.” For readers unfamiliar with the genre, early music generally comprises Medieval music and Renaissance music, but can also include Baroque music.
Interview conducted by Caf Fean.

Hastings Early Music Festival is now in its third year – how is it shaping up?
Last year we featured The Sixteen with a sell-out concert at St Mary in the Castle. It’s hard to follow on from that but we feel confident people will enjoy what I Fagiolini, our next internationally renowned vocal ensemble, has to offer. We feel the artistic community in Hastings will like the sound of a Leonardo Da Vinci themed programme. We open the Festival with a concert by candlelight featuring international players from this year’s BBC Proms and Glyndebourne. Russian pianist Jan Rautio gives a coffee concert and BBC New Generation Artists the Consone String Quartet perform at Kino.

How has the community responded to previous festivals?
We offer free events such as ‘open rehearsals’ and ‘artists in conversation’, both designed to give people a taster of what’s on offer. It’s a great way to share the process of making music. We have two more community workshops, one choral and one instrumental. This year’s choral guest is Robert Hollingworth, director of I Fagiolini, who is very highly regarded so we hope people will jump at the chance to sing at his workshop.

When did you first notice your passion for early music?
I was brought up listening to a lot of early music and then studied with incredible musicians at the Royal Academy of Music. As a violinist there’s so much amazing baroque music to play, which is the era where the virtuoso playing really began – think Vivaldi 4 Seasons.

What is your favourite early music sound or instrument?
I have a passion for Bach and the soundscape created in his larger scale works like the B minor Mass or Magnificat. The combined sound of pure voices and orchestra playing exuberantly is incredibly uplifting.

You mention a Leonardo Da Vinci themed programme. Tell us more!
I Fagiolini have designed this original programme, ‘Shaping the Invisible’, to celebrate the 500th anniversary of Da Vinci’s death. It’s particularly interesting as it combines art, music and science. There will be projected images of Da Vinci’s work along with vocal music, introduced by Leonardo expert Martin Kemp. They have been receiving multiple 5 star reviews in the national press.

We love that you have included Baroque for Babies in the programme!
Yes! We’re excited to be holding the first event at Hastings Contemporary. I think it’s very important to make classical music accessible to young families and in a relaxed, fun way.

• Tickets and full programme: www.hemf.co.uk
Free tickets available to some of the concerts for students, under 18s and jobseekers. 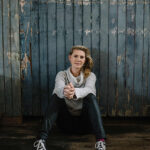 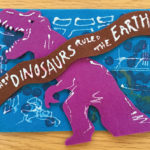 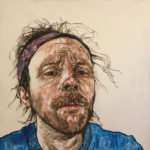 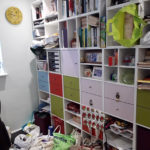