Werner Herzog once said that “the documentary film is simply fiction films in disguise.” Certainly, the recent Kino Documentary Film Festival showed that the genre can unspool itself in endlessly different forms. Across five days, the cinema on Norman Road, showed eight films, all of which had strikingly different filmic personalities. If you looked at the collection of films one after another you would find yourself thrown into diverse human stories unfolding on the streets of Santiago or up a Holy Mountain or down in the mud of the Somme.

It would be invidious to select a star film in the eclectic mix but certainly this reviewer was forcibly struck by several. At a guess I would assume that few people are familiar with the name George Butterworth. The film All My Life is Buried Here shone a rather poetic light on this man, who was a notable collector of English folk songs and pastoral composer in the period just before the Great War. His most idyllic piece, The Banks of Green Willow, seemed to suggest that he was marked out for reputational greatness of the kind that his contemporary, and friend, Vaughan Williams went on to enjoy. Speaking to director Stewart Morgan Hajdukiewicz, it was evident that he had developed an obsessive desire to give the almost forgotten Butterworth at least a moment of posthumous limelight. The passionate directorial commitment shone through in the film which beautifully, if briefly, revived the man, particularly in the grainy images of him Morris dancing with friends in a delightful Edwardian garden. It was hard not to sense the shadow of war in the flickering monochrome. The cinematography was quite brilliant: the recurring cut to lonely poplar trees swaying in a breeze was particularly affecting. Butterworth, like so many others, was struck down, and into eternal silence, on the Somme.

The death of innocence also flowed through the veins of The Most Beautiful Boy in the World. This really was an extraordinary piece, swerving back and forth in time. The film told the story of Bjorn Andresen, who played the shimmeringly desirable teenage boy in the 1971 film Death in Venice, by Visconti. In between clips from the film, we were jarringly confronted with Andresen as he is now: a rather broken, distant man, roaming around in a black gothic overcoat. His role in the film had made him an object of desire in the increasingly sexualised culture of the 1970s. Seemingly, fame and sudden sexual objectification – what Andresen calls “an overdose of attention” – caused all manner of deep psychological wounds. But, we were also let into other secrets in his subsequent life, including his mother’s suicide and the death of one of his children, all of which combined to leave an enveloping sadness at the film’s close.

The documentary on the life of Roger Hubbard, by Rye film maker Joe Snelling, had a kind of double-edged feel to it: tinged with some regret but also a strong sense of celebration of one of Britain’s finest blues guitarists. Hubbard is a brilliant exponent of the blues syncopated picking style – so much so that Muddy Waters, in 1971, rated him “as good as anyone in UK or USA”. The film revealed that his debut album of that year – Brighton Belle Blues – met with so much critical acclaim it effectively opened up the chance for him to tour the U.S. But, for reasons the film leaves a little unclear, Hubbard never went. Maybe his devotion to the blues outweighed his appetite for fame. Or maybe he saw too clearly the ugly side of the rock rat race. But, as that film paints so beautifully, despite the lingering sense of what might have been, his talent now has only grown. In the after-film performance he showed why his style has made so many people detect an authentic strain of the old music’s melancholy joy. His right-hand technique is sharp and rhythmically complex and, the now rather smoky voice, adds to the sense that the sound has come out of a deep immersion in the blue stuff. It was an impressive combo of biopic and mini concert which undoubtedly entranced most present.

More explosive in content was the powerful Santiago Rising: a visual account of the estallido or social outburst of the Chilean people against spiralling everyday prices and corruption in 2019. The now local filmmaker Nick MacWilliam, by his own admission, found himself in the eye of the Santiago storm by a kind of “perilous luck.” The film must be seen to be grasped but what is clear is that the uprising was a kind of subversive carnival centred on the Plaza Baquedano: an almost joyous revelling in the power of people to briefly ‘turn the world up-side down.’ Although it must be admitted that carnival occasionally boiled over into looting and torching of train stations. The documentary bears witness to the way the regime, under the billionaire President Sebastion Pinera, unleashed martial law and cracked down ferociously on the protestors whilst simultaneously masquerading as the defender of ‘public tranquillity.’ Some were killed, thousands were arrested and hundreds suffered head and eye injuries. I am not clear whether much was achieved beyond some vague promises about constitutional reform, but the film is a testament to the potential of people to rally together. Not a revolution; but perhaps a trial-run for one. We shall see.

The Festival also offered other filmic gems, such as Robin Lutz’s M.C. Escher, about the life of the Dutch mathematically inspired artist. Jen Rainin’s Ahead of the Curve documented the livewire life of Franco Stevens who created America’s first successful magazine explicitly for lesbians. Faith I Branko is an extraordinary story of a love affair between a Serbian Roma musician and an English woman obsessed with Romany music. Kubarska’s The Wall of Shadows documents the story of a Sherpa family who break an ancient taboo and lead an expedition up the forbidden slopes of Mount Kumbhakarna in Nepal in order to raise money for their son’s education. Although all are technically documentaries, each of these films is a jewel unto itself.

I was left with a sense that Kino had put together a fantastic array of options which offered many people a glimpse of what film can say about humanity beyond our apparently endless need for superheroes and explosions. Most basically, it was clear that each director selected and cut their truth together in sharply different ways. Documentary, in that sense, shares with fiction a commitment to find ways to tell a human story. Maybe that was Herzog’s point. Either way, Kino’s DocFest was a triumph of true tale telling. 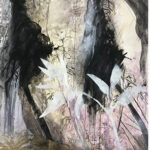 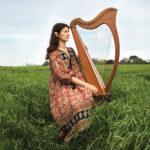