An established giant of the UK Jazz scene and a young ‘firebrand’ will be coming together at the East Hastings Sea Angling Association to promote the new CD they have made together, O’Higgins & Luft Play Monk and Trane.

Legendary saxophonist Dave O’Higgins and award-winning 25-year-old guitarist Rob Luft will be leading a quartet featuring Thelonious Monk compositions (expect some that are rarely heard) and tunes played by John Coltrane with especial reference to his choice of standards in the 1950s.

Both Monk and Trane were ‘modernists’, but also steeped in swing and the rich tradition of the beboppers. Dave and Rob intend to respect this lineage whilst putting their own mark on it. Expect some swing, fun, grooves and moods from this exciting new collaboration.

Dave O’Higgins’ tenor and soprano sax sounds are highly personal and recognisable, with a clear sense of melodic development and adventure. A popular performer with the public, with an excellent sense of pacing and presentation, he has a wide palette from Charlie Parker, Dexter Gordon, John Coltrane, Joe Henderson through to Stanley Turrentine and Michael Brecker. He was nominated for Best Tenor Sax in the 2018 British Jazz Awards.

Rob Luft is one of the UK’s most prominent jazz guitarists who was described as “an extraordinary talent” by Julian Joseph on BBC Radio 3. His debut album Riser was released in July 2017 to widespread critical acclaim. The Guardian called it “a very sophisticated debut”. Rob was named as the ‘Breakthrough Act of the Year’ in the 2018 Jazz FM awards and was nominated as ‘British Jazz Musician of the Year’ in the 2018 Parliamentary Jazz Awards.

Making up the rest of the quartet are Belfast-born organist Scott Flanigan, one of the foremost keyboard players on the Irish jazz scene, who has recently performed with the likes of Van Morrison, Jean Toussaint and Jim Mullen. And London-based American drummer Rod Youngs, last seen at Jazz Hastings in February, who has played with such people as Gil Scott-Heron, Courtney Pine, Jon Hendricks, Hugh Masakela and Abdullah Ibrahim. 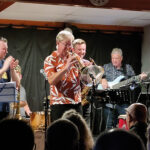 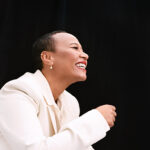 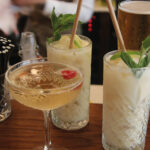