Oli Spleen’s forthcoming AIDS-themed album, is due to be released on 1st June, 20 years on from Oli’s hospitalisation and near death at the hands of AIDS defining complications.

‘With Night Sweats and Fever Dreams’, Oli Spleen has once again produced a touching, tender and highly personal album. Alongside collaborator Nick Hudson (the Academy of Sun) he has concocted a heady mix of songs, some new, the others radical reworkings of material written over the past 20 years. Dark, mysterious and wonderfully atmospheric, Spleen’s fractured vocals are beautifully complimented by Hudson’s lush arrangements. Is it too early to call time on the race for the Best Album of 2020?” asks Darryl W. Bullock, author of David Bowie Made Me Gay, 100 Years of LGBT+ Music. Salena Godden, author of Mrs Death Misses Death wrote in the foreword to Spleen’s 2003 book Depravikazi:

“I visited him in hospital, there when his lungs were filled, his thin legs, gaping hollow eyes, unable to swallow or inhale without wincing with pain, and coughing, terrible coughing, leading to vomiting and more coughing. He was papery and he weakly cracked jokes about his condition – his swollen heart meaning he was capable of more loving, his hallucinatory tigers. It reminded me of Blake’s ‘Tyger Tyger, burning bright’ and I was wholly affected by this burning bright thing now lying drained and grey in a hospital bed, a gaunt brown-eyed boy in elderly pyjamas, an oxygen mask and drip.”

Spleen’s next single, comprising ‘Kamikaze’ from Night Sweats & Fever Dreams and ‘Story of An Artist’ from the covers album Flowers for Foot Foot
was released on Friday 24th. You can hear it on his Bandcamp page: olispleen.bandcamp.com/album/kamikaze-story-of-an-artist

The second single ‘Just a Dream /Roman Candles’ by Oli Spleen and Nick Hudson features a duet (‘Roman Candles’) written by Nick, with choruses by Oli, and will be released on 1st May 2020. Again, find it on Bandcamp: olispleen.bandcamp.com/album/just-a-dream-roman-candles

The first video from the album ‘After the Flood’, can be viewed here: youtu.be/kc6cMi2VXsc 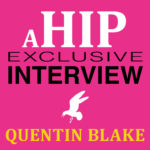 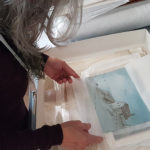 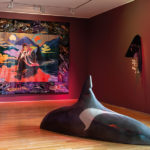 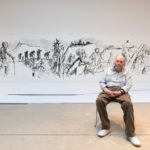 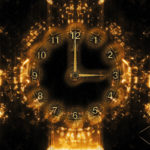