‘First Heard’ is a monthly play -reading event featuring new works by local playwrights, performed by professional actors. The readings are hosted at Electric Palace Cinema on the High Street. At the end of every play there is an honest Q&A with the writer. Tickets are £5 and all money  raised from ticket sales, goes towards the actors’ time. All tickets £5, money goes toward actors’ expenses.

The next Event is: “A tense drama mixing Mary Celeste conspiracy with Cthulhu mythology, as three outsiders, abandoned at sea, confront each other and elemental powers rising from the abyss.”

This new play by John Knowles, has been developed partly in response to the amazing actors John has been working with of late, Emily Carding one -woman Hamlet and Richard the III), Sidney Kean (Girl from the North Country – West End) and Marc Twinn (Shadow of the Rose – 4 Stars Edinburgh Fringe), partly in response to playing way too many Cthulhu inspired board games and partly as a personal challenge to tackle the horror genre with intelligence, originality and a strong female lead.

The play takes the basic information of the Mary Celeste and projects onto it a series of events, linked to the full moon and encompassing elements of ‘The Heart of Darkness’, ‘The Night of the Hunter’ and Lovecraft’s ‘Call of the Cthulhu’. Within this heady mix is a basic story of the hunter, the hunted and the prey about our base elemental fears and about the morality of survival. Who in truth knows what the monster really looks like?

Dates up and coming

Wednesday 19th February, 7.30pm
‘The Mary Celeste and the Beast of the Bowery’
by John Knowles

• If you are a playwright or actor looking to get involved with First Heard, contact John on 07813 035514 or email [email protected] 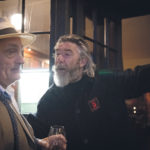 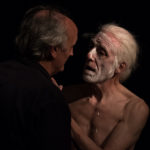 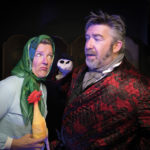 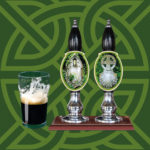