Indie rockers Jesus Jones stormed the stage at their recent show in The Crypt, Hastings. Perhaps best known for their smash hit single Right Here, Right Now, the band are widely considered to be one of the defining acts of the 90’s alt music scene.

Jesus Jones have achieved considerable success since their humble beginnings in Bradford-on-Avon, Wiltshire, in the late eighties. Known for their distinctive blend of dance rock, the band are currently on a UK-wide tour to mark the thirtieth anniversary of their seminal album Liquidizer.

The relatively intimate confines of the Crypt gave the show a refreshingly lo-fi feel, as lead singer Mike Edwards and the rest of the band took to the stage. Fans were duly treated to a full rendition of Liquidizer from start to finish, with a selection of other hits – old and new – thrown in for good measure. Jesus Jones displayed all the vigor of an act half their age and the crowd reacted in kind, as much whooping and enthusiastic bopping along to the beats ensued. Edwards sounded pitch perfect throughout, as the rest of the band sporadically engaged with the crowd.

After playing for a solid two hours, Jesus Jones thanked their small army of fans and a DJ took to the decks for the retro-themed afterparty which followed. This event is set to be the first of many at the newly renovated Crypt, which has previously played host to some of the biggest names in the international music scene.

The Crypt has everything you could want from a live music venue and dance club. Its consciously industrially-styled interior is juxtaposed with a state of the art DJ booth, lighting and Void Acoustics sound system. At a time when oversized stadiums seem to be the new normal in live music venues, it’s exciting to experience a band at somewhere more intimate and real.

The Crypt is well and truly back, and it’s here to stay. Let’s help keep its independent spirit alive!

Jesus Jones played at The Crypt, in Hastings, on Friday 15th November 2019 (Doors 7pm-with after party until 3am). Please refer to the band’s official website for further details on future shows www.jesusjones.com

• Keep up to date with all the latest music and event news via The Crypt’s website www.thecrypthastings.co.uk 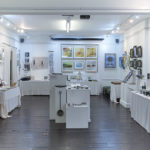 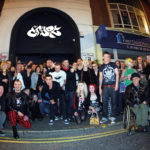 THE CRYPT IS BACK! 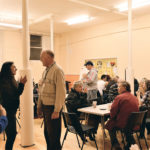 Hope Kitchen: Working from the heart

« FOOTBALL: Cup Defeats For Hastings But Credit Where It’s Due
‘I Can’t Help Myself’ »