Families of Spies is the second installment in ‘the Dylan series’, a set of four spy novels by Brian Landers, starring unlikely spy Thomas Dylan.

We first met Dylan in the British Intelligence Service in 1974, in a world of cypher pads and secret messages in newspapers. He was more Austin Powers than James Bond, and his early missions ended in dismal failure.

But he found his feet – and his wife-to-be – on a successful, if violent, trip to Brazil. Here we join him 3 years later in 1977 on his honeymoon in Rome with his now wife Julia. But the newlyweds have to cut short their holiday when Julia’s aunt Eveline, known as ‘Bunny’, and her Iranian husband Davoud disappear while sailing from Kefalonia to Sicily.

Both strong sailors, the couple’s vanishing is a real mystery. The authorities are keen to suggest it’s an accident, simply down to bad luck sailing in the busy shipping lanes of the Ionian ocean. But Eveline’s brother – and Julia’s father – is Admiral Lord Grimspound, the Director General of Defence Intelligence in the UK. And he’s not prepared to let matters lie.

He dispatches Julia and Thomas Dylan to try to uncover the well-hidden truth. Have Bunny and Davoud been targeted in a case of mistaken identity with Davoud’s brother, who is convinced kidnappers are after him? Or could drug smugglers and the Mafia be behind their disappearance? Does it have something to do with a Russian spy ring recently uncovered by the CIA? And where does the mysterious ‘Henry Ramone’ fit in to it all?

The plots thickens as a well-known Iranian journalist is found murdered, and the body of a local fisherman said to be a quiet and reliable family man turns up in a boat shed. Nothing seems to make sense to the Dylans, even when they team up with well-informed and suave Sicilian detective Giuseppe Falzone. But perhaps Thomas should be worried about Julia’s burgeoning friendship with the handsome police officer?

Families of Spies will keep you guessing – and guessing again – as it takes you on a fast-paced and enjoyable romp through Sicily past and present. There’s little time to catch your breath between one plot twist and another.

As in his debut novel, Awakening of Spies, Landers expertly brings to life a vast company of colourful characters. And the novel exudes atmosphere. Landers writes a Sicily that appeals to all the senses – particularly the taste buds. Some of the cuisine the characters enjoy had me drooling!

Personally, I enjoyed this second book in ‘the Dylan series’ more than the first. Perhaps because I knew the characters better. Or perhaps because it’s focused on one mission, in one location, which made the action easier to follow. And as a female reader I enjoyed seeing the couple work in tandem and Julia featuring more prominently alongside Thomas.

Landers’ first book Empires Apart was an exploration of the Russian and American empires, and here he layers his non-fiction expertise in neatly with his creative skill. I learned a lot about the history of Iran, America, the British Empire and post second world war Russia. And about the dynamics of fascism and the Mafia in 20th century Italy. The attention to historical detail makes the novel more credible and convincing.

All in all, this is an intriguing and action-packed sequel to Awakening of Spies. And it makes me want to visit Sicily sooner rather than later! 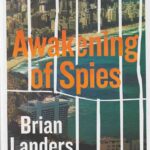 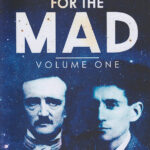 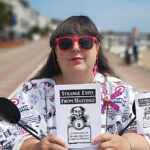