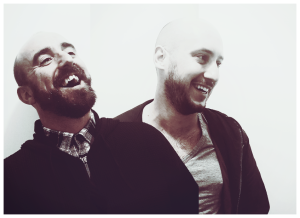 As Old Town gears up for the second annual Hastings Comedy Fringe Festival, HIP talks to the founders, Chris Young and Jake Alexander, about the festival’s origins, how it’s already grown and where it’s going from here.

“The first time I met Chris he came up to me and said he wanted to be a comedian. I’ve been incredibly supportive ever since” says Jake. Both Jake and Chris work in social care, and met five years ago working in a residential environment supporting young adults with autism. They’ve worked together ever since, and are now working for Home Works, a non-profit organisation providing care, support and housing services for vulnerable people in Sussex.

“It’s my ultimate dream to run a fringe” says Chris “the idea came to us two years ago as we were walking down George Street. I said ‘we should bring 100 comedians to the town’, 60 came down last year and we have 80 booked in for this year.”

“We looked at all comedy festivals. We wanted the passion from Edinburgh, and the colourful, street performance vibe from Brighton, and adapted it all to what would work in Hastings.”

The programme is a frenetic mix of venues and acts, “40 of the comics will be going on to the Edinburgh Fringe,” Jake tells me “we have some really great names”. Kelly Convey, listed by both Metro and the Independent as one to watch in 2017 and Angelos Epithemiou, best known for his work on the BBC’s Shooting Stars to name but two. Chris is particularly excited to have Lillie Pierce in the programme; she’s a local comedian, starting out, who they met last year during the festival. “I really want more Hastings comics to come together, if you’re a comedian – or if you want to get into comedy, get in touch”.

Over five days, eight venues in Old Town will be hosting a range of acts. “It’s the comedy version of Sundance” Chris says, “go to a gig, walk a few doors down and see another and find yourself next to the act you just saw”. The closeness was something the comedians loved about the festival last year, they tell me “it made it easy to drop in and out of each other’s shows and it felt like a real community”.

New this year, a temporary stage in Butlers Gap will host a rolling programme to an audience in deckchairs. ‘There will be a show every hour throughout the five days – if a busker or a comedian wants to get up there are a few gaps’.

All shows are free except for the Friday Night Extravaganza at Black Market VIP, where proceeds will go to the charity, Stand up for Homelessness. As if full time jobs and running a fringe weren’t enough, Chris and Jake run a charity which is working towards buying a property where homeless people will be able to stay and be supported into more permanent housing.

Next year they hope to expand the festival still further. ‘We think this is the best small festival in the country. We want it to go on forever!’

Friday Night Extravaganza, 16 June from 7pm, VIP Black Market, £11 in aid of Stand up for Homelessness. 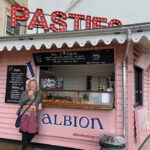 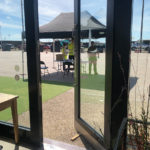 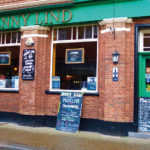 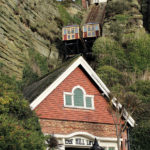