The audience at the Holy Child were treated to something special – indeed quite exceptional – an electrifying and moving performance of the Goldberg Variations by a brilliant Trio. The piece really blooms in this format. At the end, the audience rose as one and gave them a spontaneous standing ovation and three curtain calls.

Many will be familiar with the Goldberg Variations played on the piano at a fast pace by the remarkable Glenn Gould (1955) and later at a slower pace (1981). These have not greatly appealed to me. It’s a revelation to find that three string instruments place the piece on a new plane. They completely transform and enhance it. Legend has it that J. S. Bach composed the Variations for J. G. Goldberg, a young harpsichordist (and ex-pupil) who was hired by Count Keyserling, the Russian Ambassador. Keyserling was often ill and had trouble getting to sleep. Bach composed the Variations so that Goldberg could play his master to sleep. The fine melody and ingenious exercises apparently did the trick. And Bach was well paid for the commission. Alas, this is probably not true.

Max Baillie writes: “This truly cosmic piece of music is a set of variations on the theme of a beautiful aria, after which the journey begins… in turns intimate, epic, playful, soulful, vivacious and virtuosic, the Goldberg Variations is an incredible exploration of melody and musical dialogue, a true megalith in music”. In the first fifteen minutes, the Trio engagingly explained and demonstrated what the Variations were about: a simple aria which was repeated twice – at the beginning and at the end.

The 30 Variations vary greatly, but there was much repetition and a more complex Canon which Hélène said is more fun to play with. One Variation has a French theme, Laura explained, which could be described as “a little pompous”, the German Variation was “more formal and stately”, and the Italian has “special flare – as if showing off”. There is also a folk song theme in Variation 7, where, Helene explained, it is very difficult to keep track of the two voices. In short, the whole piece is full of complexity. Max explained that Bach always had a jovial side – a “coming down to earth” which provoked laughter – as well as composing for God. Variation 25 is the heart of the piece and goes down a tormented, ponderous, and repetitive line. I feel this might be shortened without loss, so bringing on the sublime ending.

The Trio were playing Dmitry Sitkovetsky’s iconic transcription of the Goldberg Variations (1985, revised 2009). It’s become the benchmark for transcriptions. Sitkovetsky escaped the Soviet Union in 1977 and busked in New York playing Bach on his violin to help pay his way while at the Juilliard. His watchwords for a great performance are: mastery, intensity, energy and style (Ted Talk, 2017). All in evidence here. There was also a remarkable cohesion – and clear joy in the playing. Each player took the lead and then alternated with the others. The Variations are most challenging with full bows and their plucking. All accomplished with superb verve and grace. At the return of the aria there’s a wonderful redemptive resolution. And I felt the hairs on the back of my neck rise and goosebumps.

This was the second sparkling Classical Concert at the Holy Child. We look forward to their return in September. And thank you to all concerned. 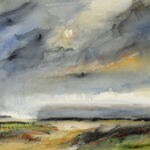 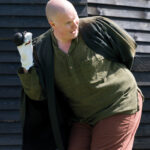 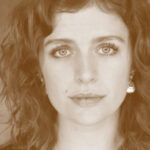 HPO Recital:The Shepherd on the Rock